The UCI Management Committee announced on Thursday the locations of upcoming world championships in a number of disciplines, including the 2026 Road world championships, which are now confirmed to return to Montreal in 2026, 52 years after previously taking place there [Editor's Note: The first big cycling event I attended!]. The event will be organized by the promoter of the Grands Prix Cyclistes de Québec et de Montréal, with support from Cycling Canada. This is the third time Canada will host this event; the most of any nation outside of Europe. 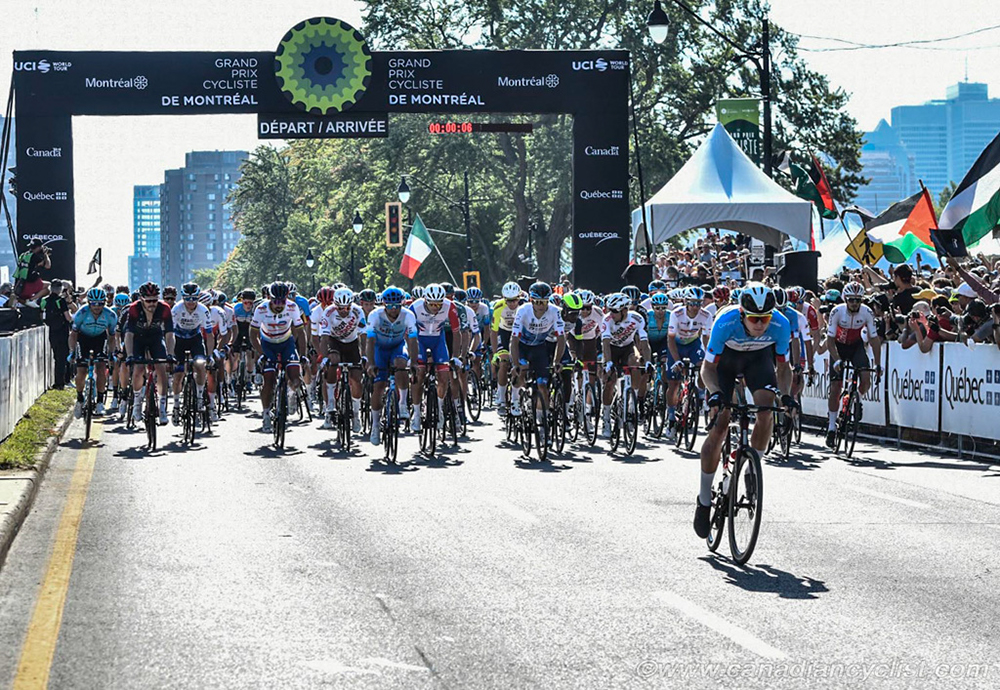 The event will return to Montréal, from September 20th to 27th, 2026, just one week after the Grands Prix Cyclistes de Québec et de Montréal (GPCQM), the first and still the only events on the UCI WorldTour presented in the Americas.

• A competition program spread over 8 days.
• A free event for the public.
• 1,000 athletes, men and women, at the Junior, U23 and Elite levels.
• 11 titles defended: 6 time trials and 5 road races [note: assumes U23 women still race with Elite women and don't have separate races by then].
• More than 75 countries represented.
• More than 5,000 team members, officials, UCI members and guests.
• Holding of the UCI Congress, the organization's supreme body, with more than 400 representatives from all continents.
• More than 800 accredited media.
• Televised in nearly 150 countries.
• 250 million TV viewers.
• Over half a million spectators expected, more than half of them from outside the region.
• More than $170 million in overall economic activity for the province of Québec and more than $210 million for Canada.**
• More than 1,000 local jobs supported.
• The event will support $54 million in tax revenue value for all of Canada.

The event will be orchestrated by the organizing committee Mondiaux Montréal 2026, in close collaboration with the UCI, assisted by Cycling Canada and the Fédération québécoise des sports cyclistes (FQSC), and with financial and technical support from the City of Montréal, the governments of Québec and Canada, and Tourisme Montréal. The capture and production of the international broadcast signal will also be the responsibility of the organizer, which, as demonstrated over the 11 editions of the GPCQM, has all of the local expertise necessary for that major operation.

Mr. David Lappartient, President, UCI
"We are thrilled that the UCI Road World Championships, our annual flagship event, will return to North America, 11 years after the UCI Worlds in Richmond, Virginia, and we are just as pleased that they will be back in Canada, which hosted them in Hamilton in 2003, and in Montréal, 52 years after they were first held in Québec's largest city. Both the country and the province love cycling, and have proved it every year for more than a decade now at the Grands Prix Cyclistes de Québec et de Montréal (GPCQM), two races on the UCI WorldTour, the most prestigious men's road cycling circuit. I have no doubt that this event, thanks to its seasoned organizing committee, which is responsible for the success of the GPCQM, will be a fantastic showcase for the sport of cycling in North America."

Ms. Valérie Plante, Mayor of Montréal
"Montréal is very proud to be the host city of the 2026 UCI Road World Championships. I would like to thank the International Cycling Union for putting its trust in Montréal. Congratulations to our partners who helped convince the international cycling ecosystem to hold this prestigious event in Canada's number one city for excellence in organizing major events. The administration of Montréal is proud to support this prestigious event with these amazing partners. It will be a great gathering in a city renowned among the best cycling circuits in North America."

Mr. Pierre Laflamme, President, Cycling Canada
"We are delighted and very excited to see the UCI Road World Championships return to Canada in 2026. This event along with the UCI World Congress generate significant economic benefits and offer exceptional international visibility. In collaboration with the GPCQM team and all the partners involved, we will deliver a spectacular event that will put our athletes, coaches and officials at the forefront. This will allow us to continue the development of road cycling in Canada, and to inspire Canadians to take up cycling in all its forms."

Mr. Claude Pinard, President, FQSC
"Today's announcement is proof of the importance of cycling in Québec, an acknowledgement of the hard work by the organizers and a testimony to the health of our sport here. These World Championships will also be an outstanding sports showcase for the growth of cycling, with the world's best athletes competing here and inspiring many generations of cyclists. They will also be an opportunity for many Québec cyclists enjoying international success to show off their talents at home, in front of their families and fans."