Team Canada had some strong performances on Day 3 [Friday] at the track World Championships in Saint-Quentin en Yvelines, France. Maggie Coles-Lyster came withing two points of winning the bronze medal in the women's Omnium, finishing fourth, while James Hedgcock, at his first Worlds, qualified sixth in the Men's 1000m time trial (aka the Kilo), with a personal best time of 59.880 seconds - a sub-minute time. He finished eight overall. Ryan Dodyk was 14th. 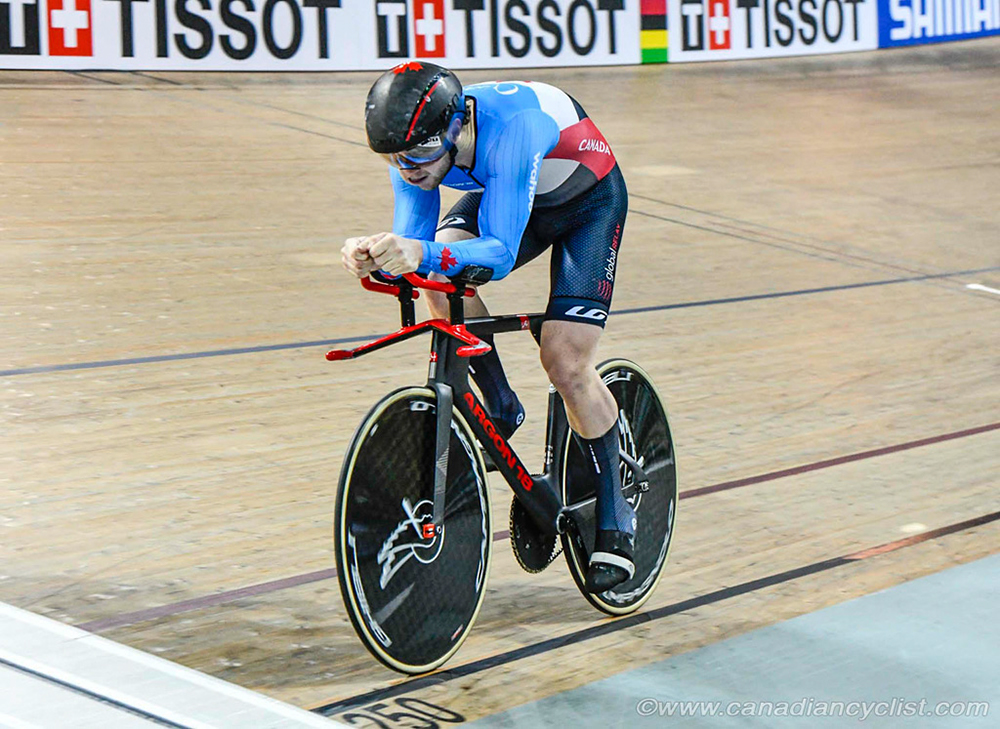 "This being my first elite world track championships and being in the Canadian sprint program for less than a year I didn't have any major expectations," admits Hedgcock. "I just wanted to race to the best of my abilities and improve from there. Going sub 1 minute in qualifying was a huge personal best for me, I was in shock when I looked up and saw the time I did. Couldn't have been more happy with that. I definitely want to just get faster overall and get better results. Use this Worlds as a benchmark for races next year and just improve off this. The goal for the team and I would be to qualify for 2024 Olympics team sprint next year." 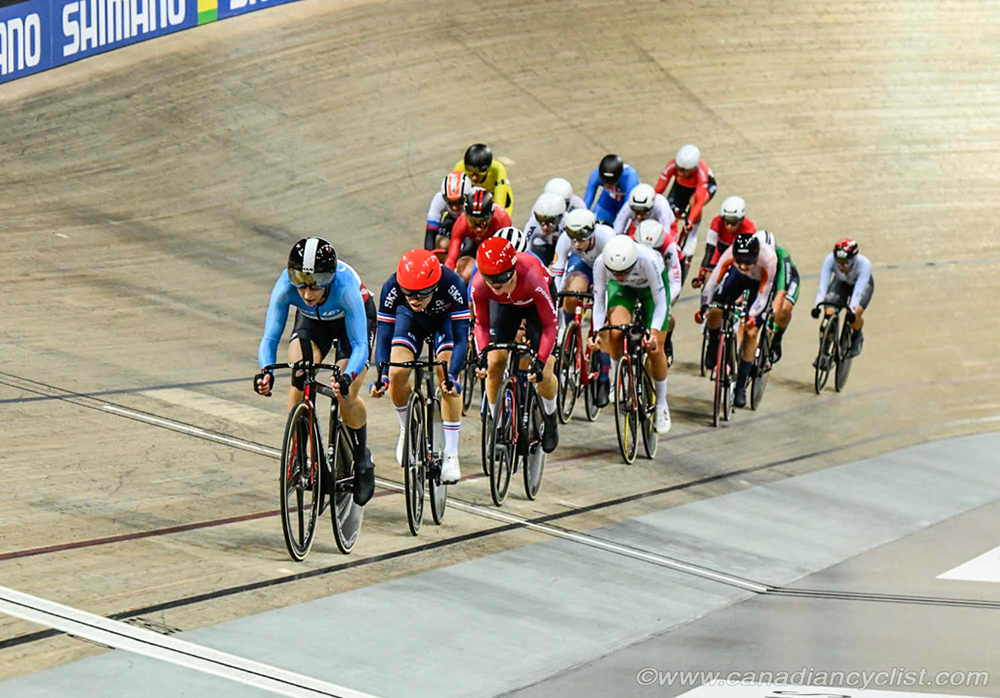 Coles-Lyster was third in the Scratch, eighth in the Tempo, fifth in the Elimination and fourth overall after the final Points Race.

"I'm really happy with how the Omnium played out; that was definitely my most consistent Omnium to date," says Maggie Coles-Lyster. "And in such a world class field, it's something I'm for sure proud of. I knew I had a top-5 in me, but to actually do it and to be two points out of a bronze medal is a whole other ballgame and just an incredible feeling. Although to be two points away from a bronze medal will haunt me for a while."

"But I know it's only up from here and we are two years out of the Olympics and we'll be back on this track in two year's time, and that's what we are gunning for. So to have a fourth place in my first world championship Omnium is just a huge step in my career as a track rider and I'm so grateful for all the support from my coaches and staff who have worked with me and gotten me to this place. I'm excited to hunt the rainbow jersey in a couple of more events; in the Madison with Sarah van Dam [Saturday] and in the Points Race [Sunday]." 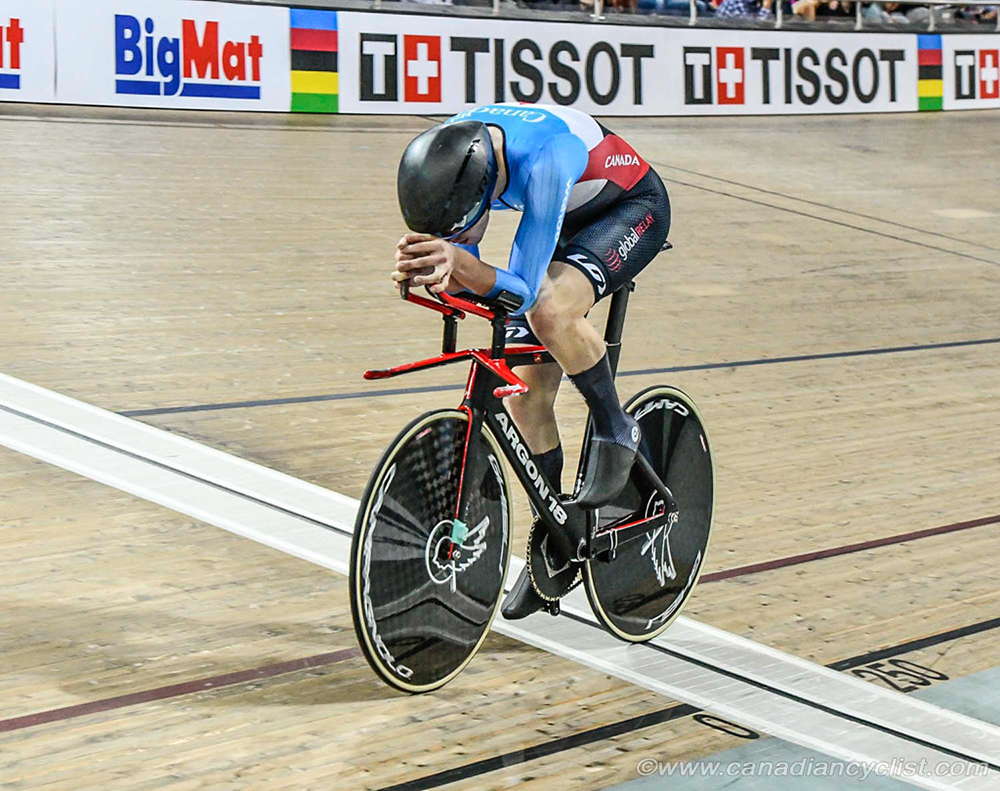 In the men's Points Race, Mathias Guillemette was 13th, and scored in four sprints. 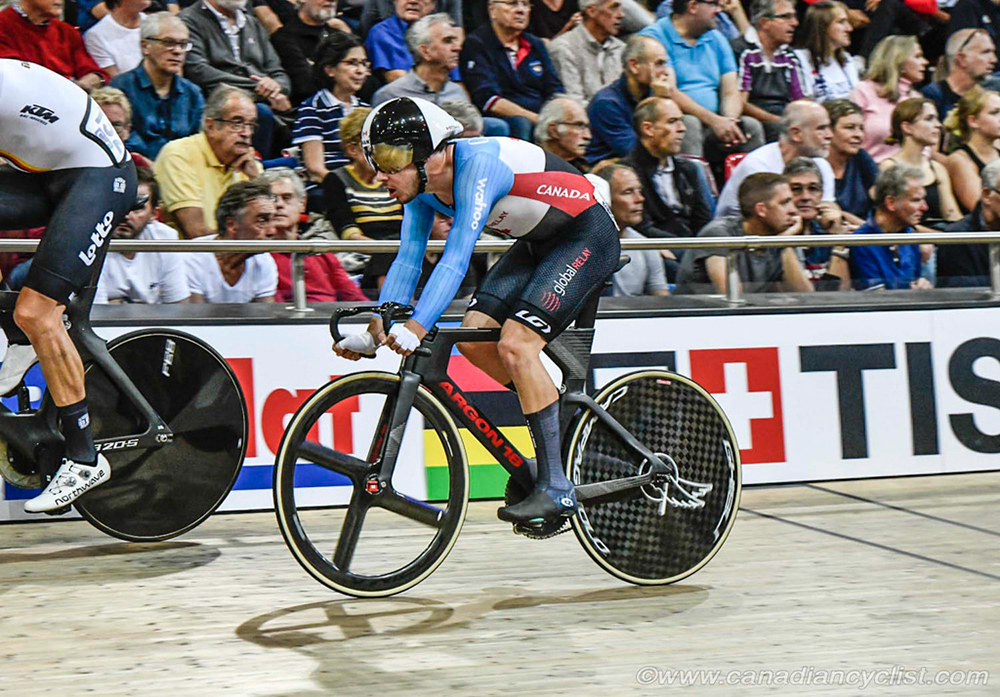 "Going in the race I knew I had good legs," says Guillemette. "My goal was to get 15 sprint points and see where this gets me. Used my speed in early sprints and managed to get 16 points in the end."