When Dylan Bibic won the Scratch Race at the Elite Track World Championships in Saint-Quentin-en Yvelines, France, earlier this month he joined an extremely small club - Canadian men who have won a world title at the Elite Track Worlds. In fact, prior to Dylan's win there was only one member - Gordon Singleton, who won the Keirin title in 1982, 40 years ago.

When Gordon contacted me to see if I would be willing to take photos of he and Dylan together in their rainbow jerseys, I naturally said 'of course!'. We met at the Mattamy Nationally Cycling Centre in Milton, where the national track team is based, and where Dylan got his start in cycling (he is locally based).

We took some photos, Dylan and Gordon chatted, and they did a short interview with me. 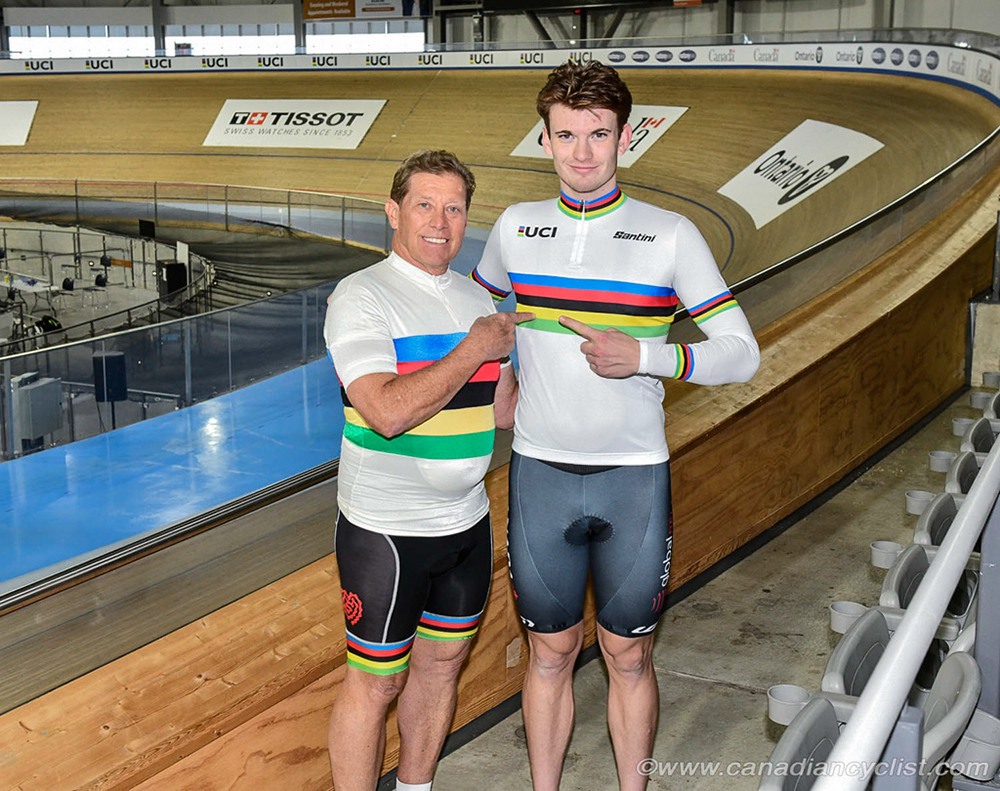 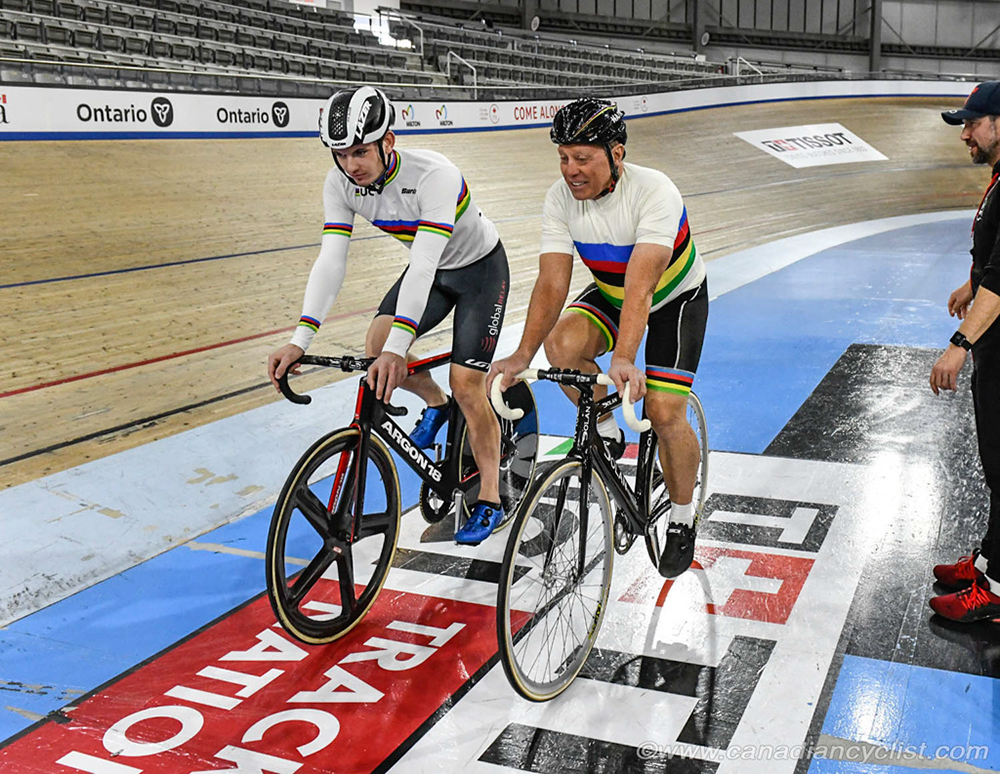