Canadian riders took two wins and a leader's jersey at Round 2 of the Track Champions League (TCL) in Berlin, Germany, on Saturday. Kelsey Mitchell won the Women's Keirin, while Dylan Bibic came back from a crash in the Men's Scratch Race to win the Elimination. Mathias Guillemette, after finishing sixth in the Scratch, was third in the Elimination, to move into the overall Series lead with 55 points, five ahead of the leader after Round 1, Mark Stewart (Great Britain). Mitchell sits second in the Women's Sprint standings, with 48 points, only one behind leader Martha Bayona (Colombia). 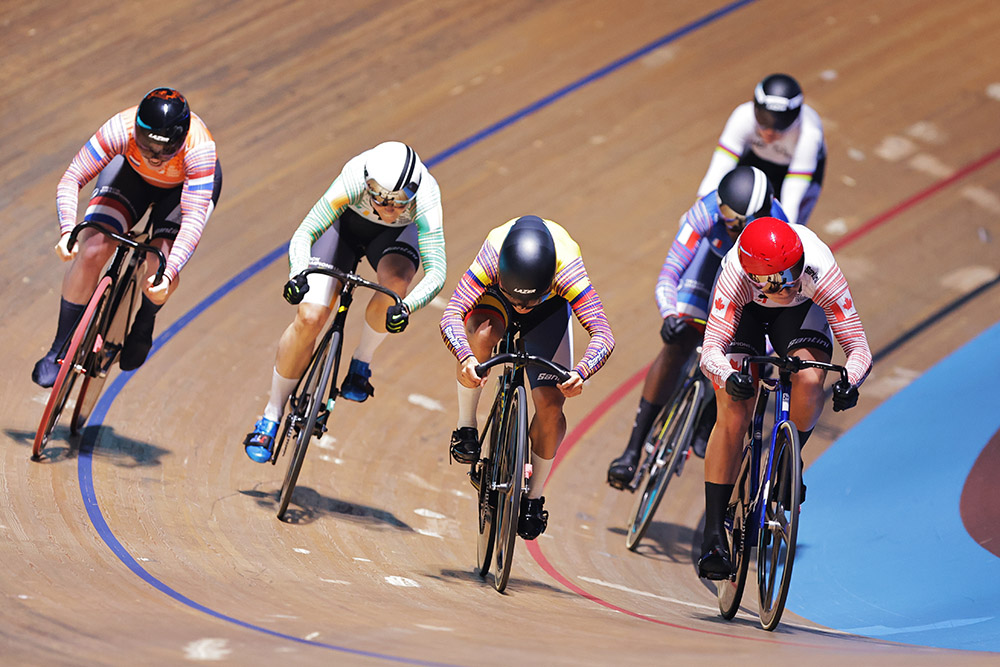 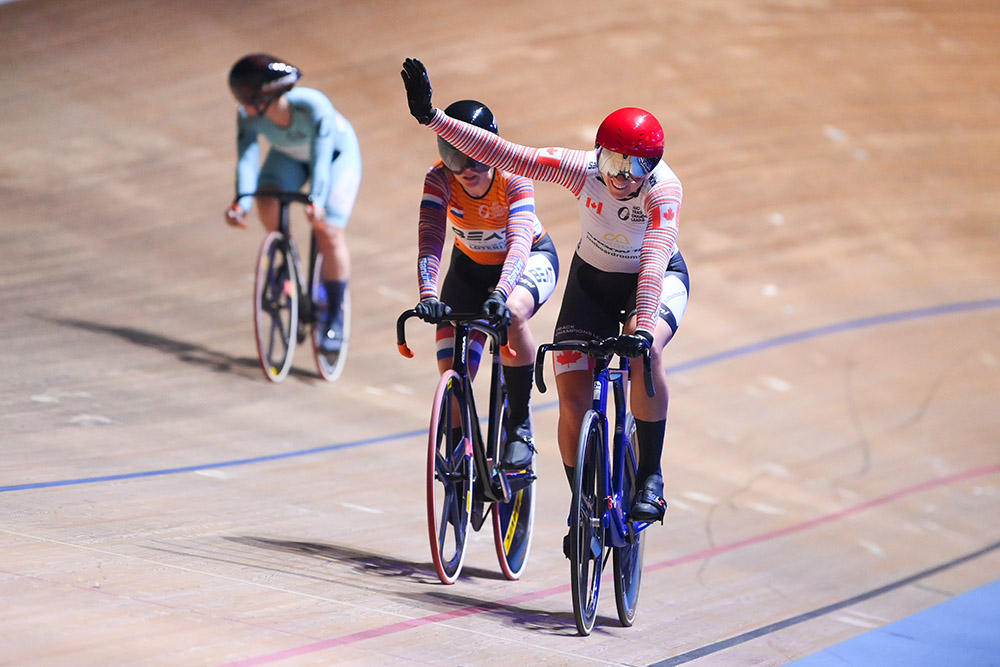 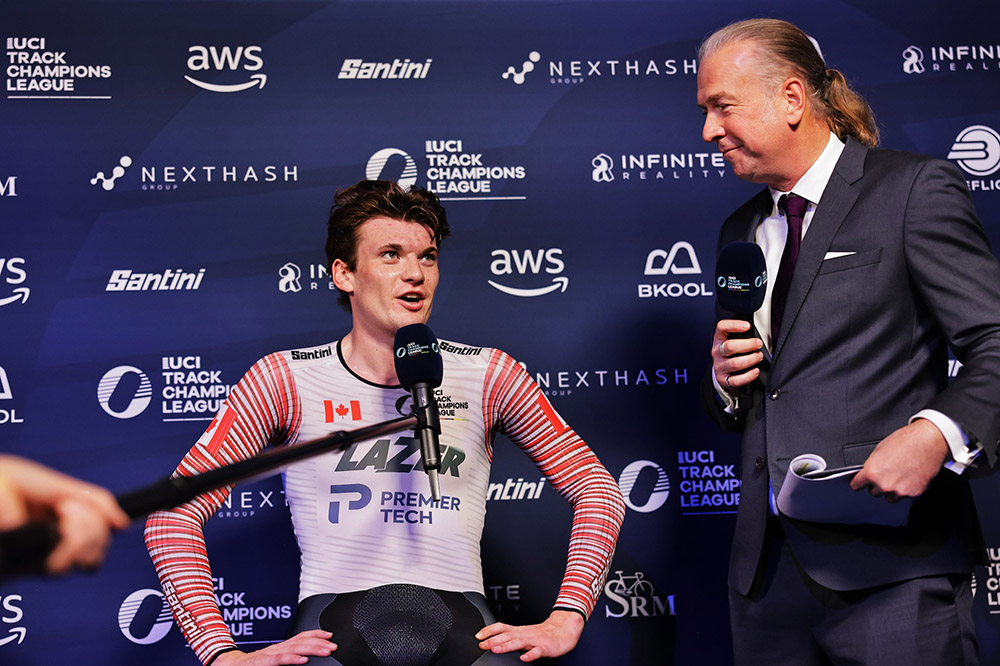 "Racing at the TCL is very fun," commented Bibic. "The fast paced format makes for good experience in a short amount of time. Getting my first win was good, but I'm wanting to get a lot more. I'm still not happy with how I'm doing [11th overall after a poor showing in Round 1 and the crash] but I have a handful of races left to race. It is very different from other international races; because of the short distances it makes the race unpredictable and fast. There definitely is a learning curve, but I've gotten the hang of it."

Guillemette told Sportcom that he had a plan going into the Elimination, "The plan worked well. I had to take risks today. It's always a very physical event, where you have to race close to others. Some people are not comfortable with that. Personally, after my last performances, I'm starting to be more so."