The 2022 UCI Track Champions League (TCL) concluded over the weekend with a double round (#4 and #5) at the 2012 Olympic velodrome in London, UK. Three Canadian riders finished in the top-5 in the overall standings, with Kelsey Mitchell finishing second overall in the Women's Sprint category, Maggie Coles-Lyster third in the Women's Endurance and Mathias Guillemette fifth in the Men's Endurance. 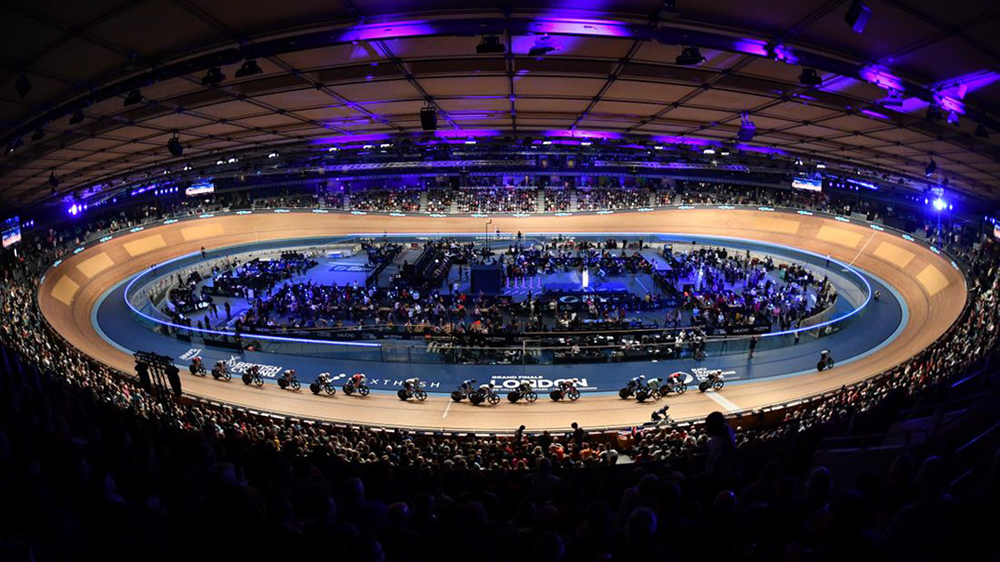 In Round 4, Mitchell was second in both the Keirin and Sprint events, while in the final round she was sixth in the Keirin and second in the Sprint, going up against world champion Mathilde Gros (France), who won the overall title, with four wins in the Series. Mitchell, who had one win (Round 2 Keirin), steadily improved through the Series, but was hurt by scoring no points in the opening round sprint. Gros finished with 140 points to Mitchell's 127. 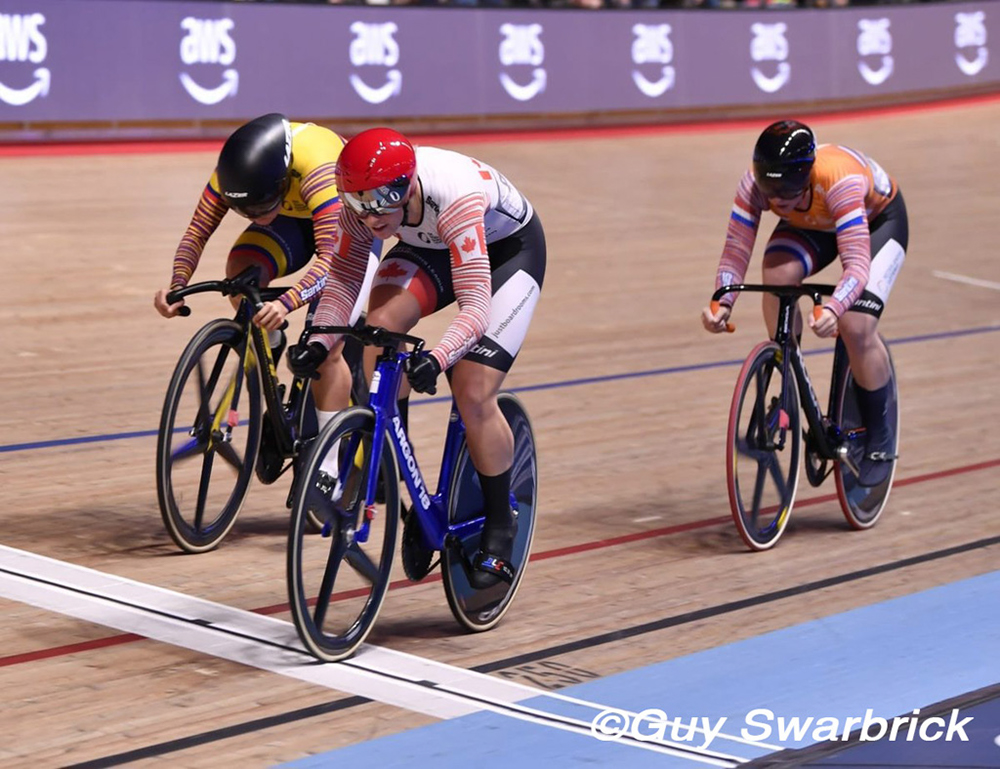 "That UCI TCL was incredible," stated Mitchell. "Yes, the racing was great, I learned a lot tactically and got some quality UCI points ... but the general experience, there are no words. The people were absolutely incredible. From my Canadian teammates, to the other riders, to the staff, to the fans, to my support from back home, to everyone who made this possible, thank you. I am leaving London with so much energy and motivation for the next season. Finished 3rd in 2021, 2nd in 2022, time to see what 2023 has in store for me!" 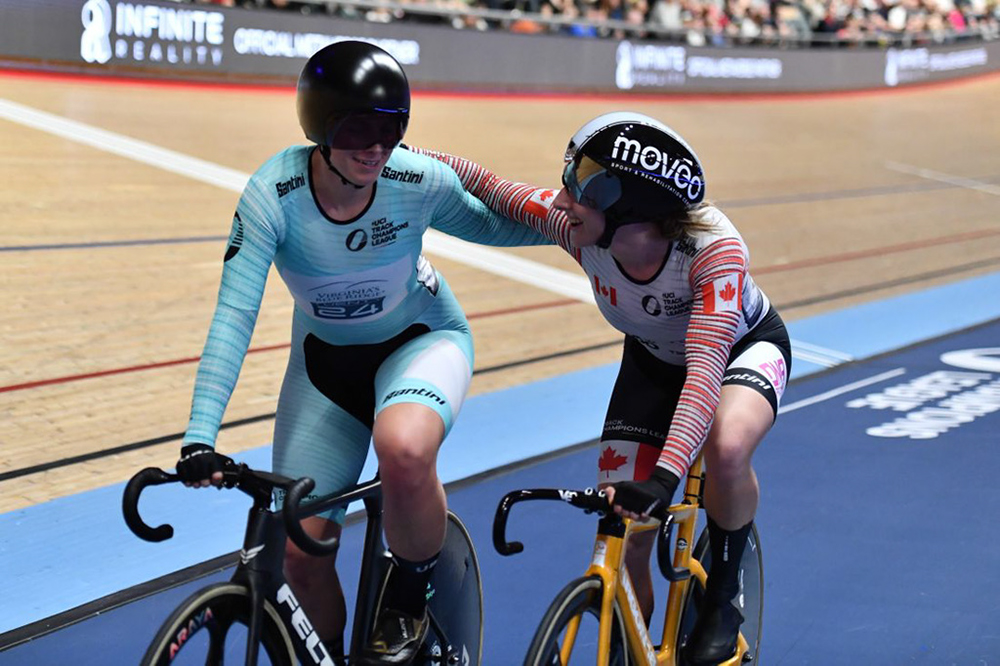 In the Women's Endurance series, Coles-Lyster also improved through the five rounds. While overall champion Jennifer Valente (USA) and second placed Katie Archibald (GBR) were significantly ahead of the rest of the field battling for the title (finishing with 161 points and 158, respectively), Coles-Lyster was very consistent in the Elimination, finishing third in the each of the final three rounds, as well as fourth in the first round. The Canadian finished with 110 points, tied with Anita Stenberg (Norway), but took third due to a higher placing in the final round. Canada's Sarah van Dam finished eighth overall with 84 points, including second in the final Scratch Race.

The Men's Endurance series had the most lead changes throughout the Series, including Canada's Mathias Guillemette in the lead after Round 2, including a win in the first round Elimination, plus two second places and a third in the same event. Guillemette finished fifth overall with 107 points, after struggling in two rounds of the Scratch Race and the final Elimination, the latter mistake dropping him out of third place overall. Scratch Race world champion Dylan Bibic won the second round Elimination and was third in the Scratch Race for Round 4, but struggled with consistency, to end up 11th in the standings. 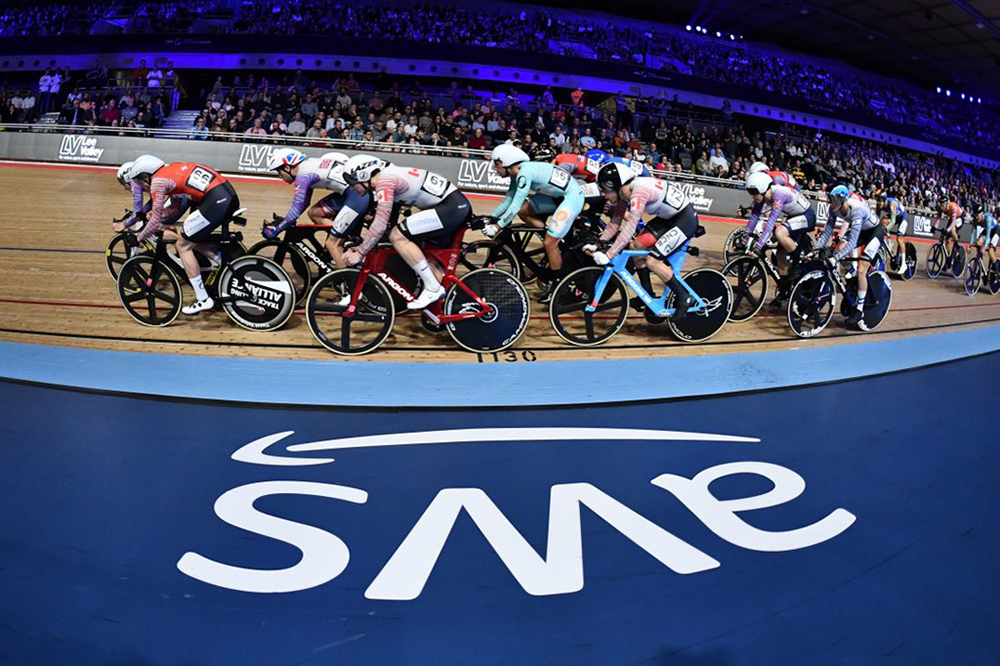 Guillemette admitted that his final Elimination did not go as planned, telling Sportcom, "In this race, the strategy has to be 100% and I made a small mistake. It was the first time I made a mistake from the start, but it was expensive!"

"For sure, a fifth place is not what I was hoping for at the start of the race, but it's more than I could ask for in the series. I am extremely happy to be at the top of the ranking. I would have hoped for a better fate today [Round 5], but I can't really ask for more. I was the last rider admitted to the competition after Kelsey Mitchell introduced me to the organizers at Worlds, so it's not that bad of a result. Just to win the first Elimination, it was huge! At first, the guys didn't know me at all, so they didn't watch me in the races. It was easier to be sneaky, but I earned a lot of respect with my performances and my four medals."