Cervélo is a name that will be familiar to most Canadian cycling enthusiasts, as one of our homegrown success stories in the high end road and triathlon market.  While the company is now a division of the Dutch conglomerate PON, the headquarters is still based in Toronto and majority of the staff, including the engineers and bike designers, are still Canadian. 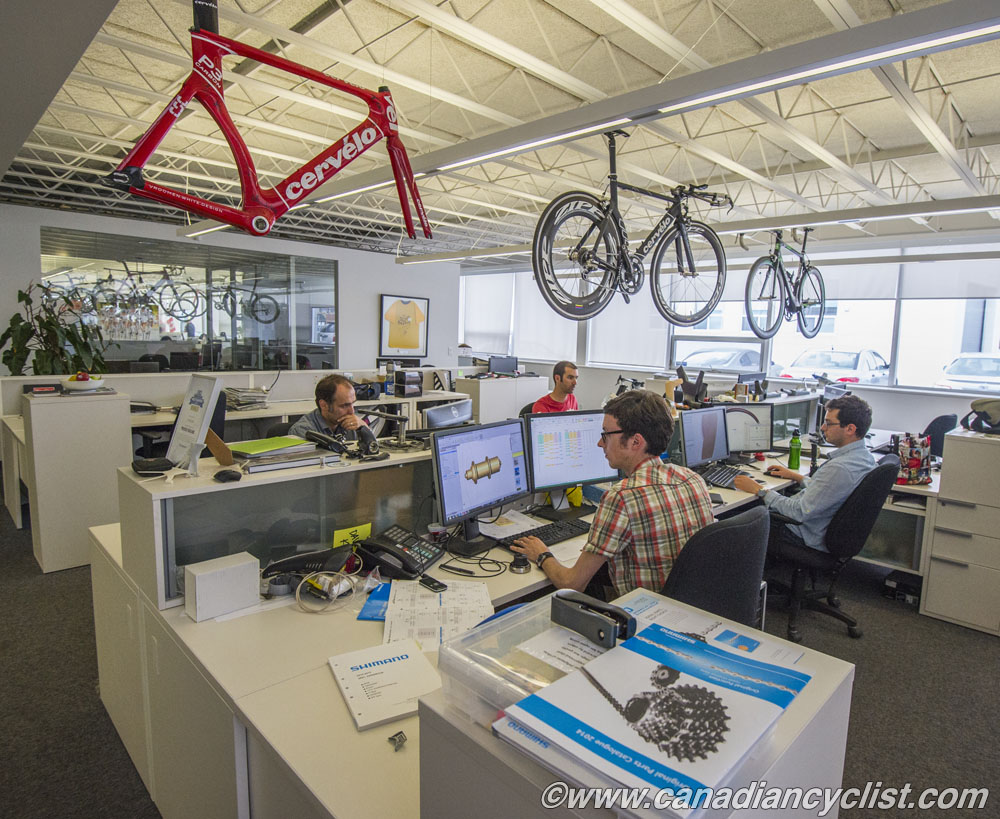 The engineering for Cervelo is still based in Toronto

Cervélo was started by McGill University engineering graduates Gerard Vroomen and Phil White, whose original design for an aerodynamic aluminum frame that worked for both road and time trial hit the market at a time when triathlon was exploding.

The original models were made in Canada (by Devinci) using Canadian aluminum.  As time went on, the company refined their designs and moved to carbon composites, as was most of the marketplace.  They also moved production offshore, as did the rest of the cycling world. 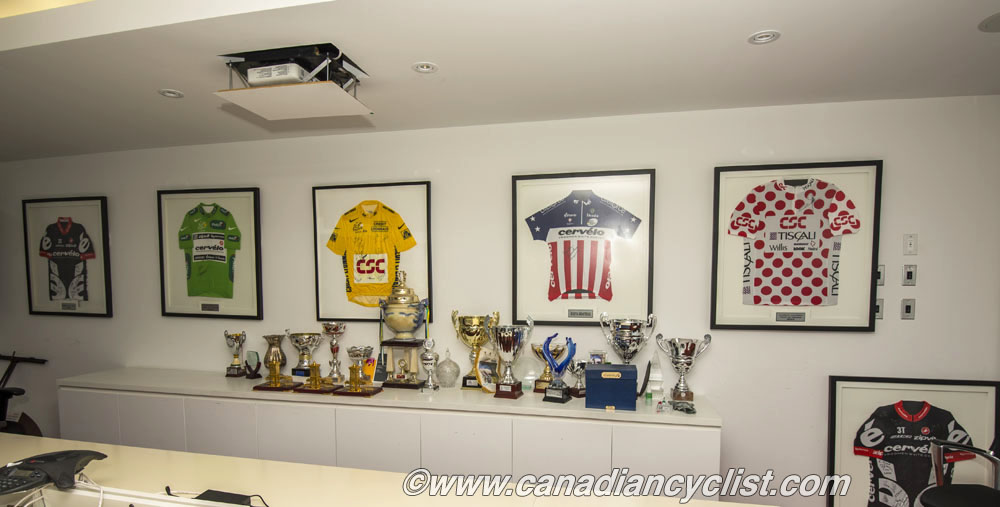 Some of the many awards won on Cervelo bikes 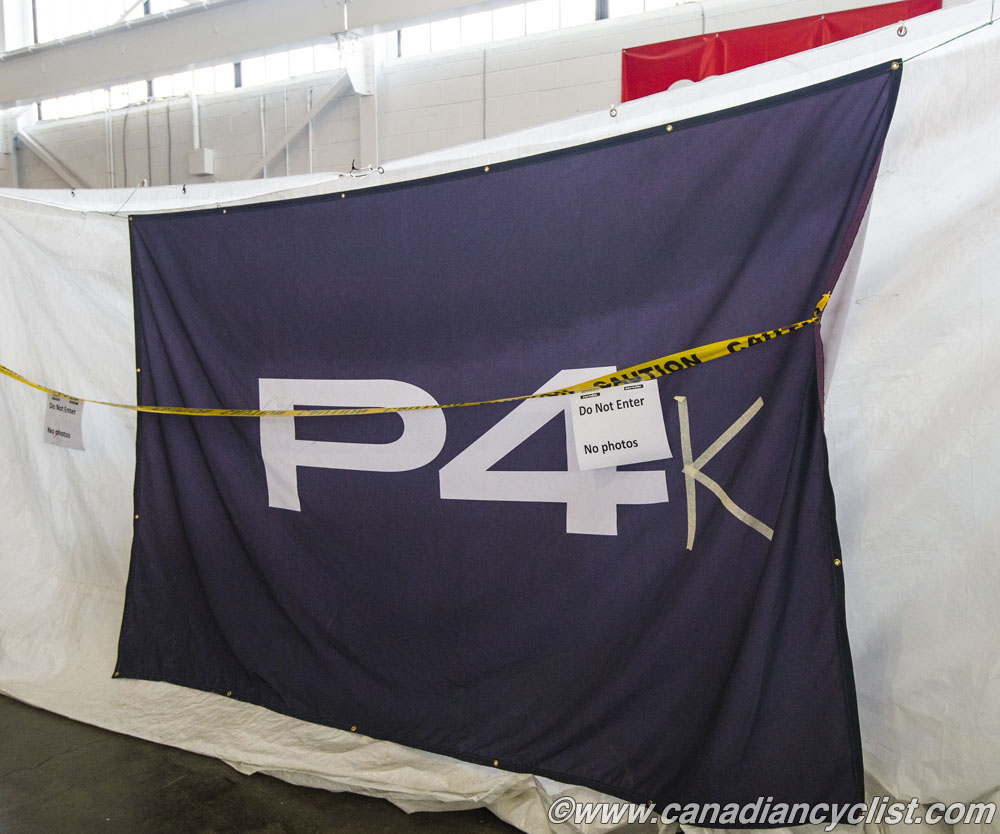 New stuff is always being developed 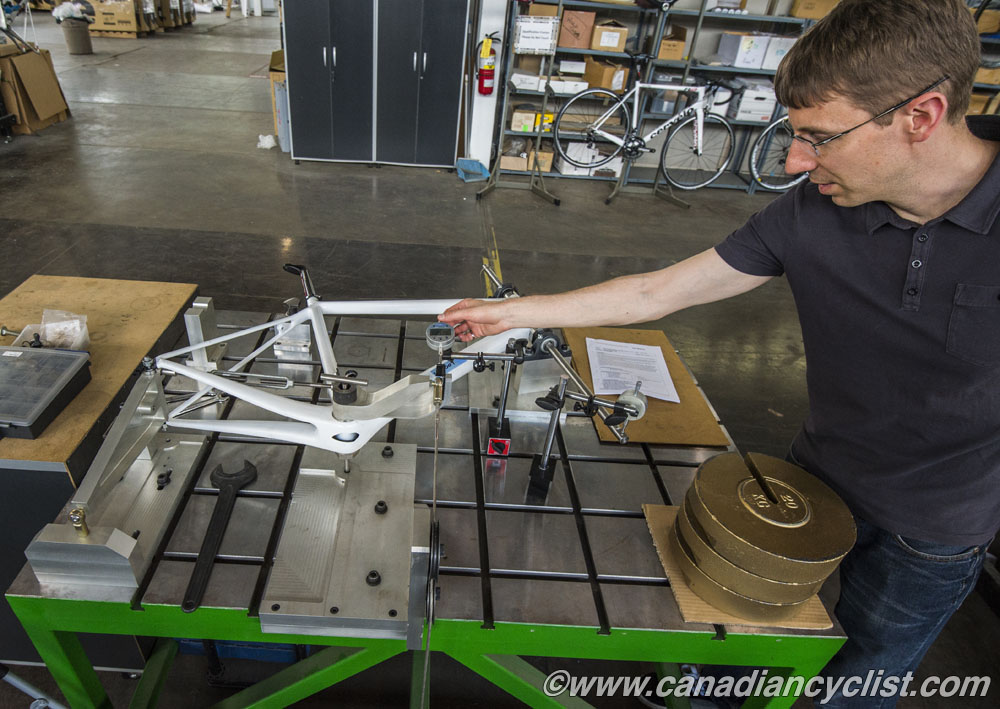 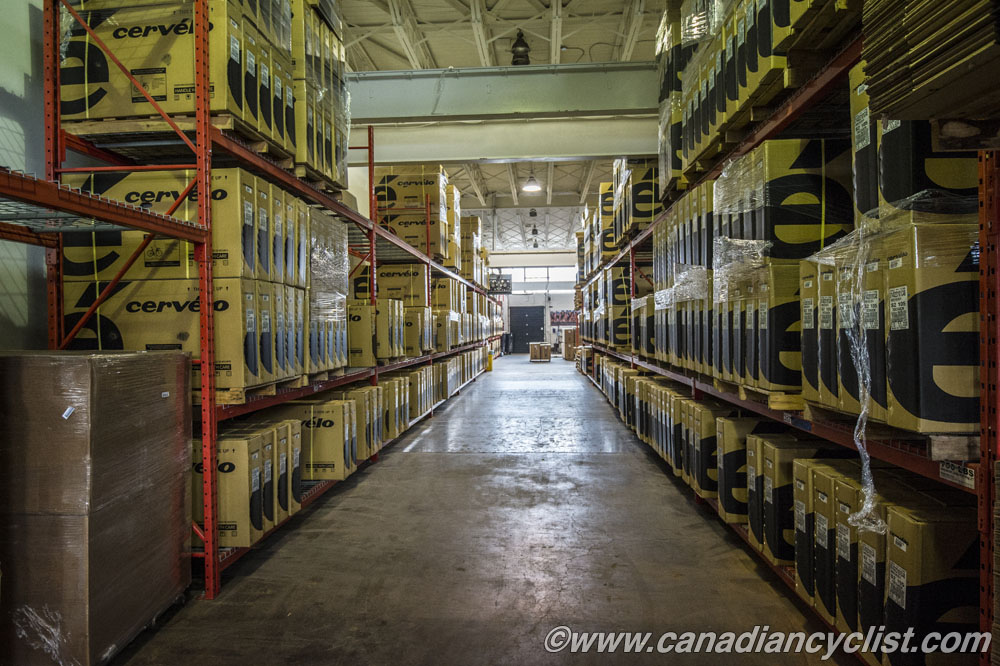 Cervélo continued to grow in stature, and made the bold move of sponsoring its own professional men's road team [and later others] at the highest level of the sport, winning world championship, Olympic, Tour de France and Giro d' Italia titles with riders such as Fabian Cancellara, Carlos Sastre and, later, Canada's own Ryder Hesjedal.

They also began to move beyond their signature aero frames to explore new designs that could make full use of the flexibility that composites offered, with the 'R' series of road models. 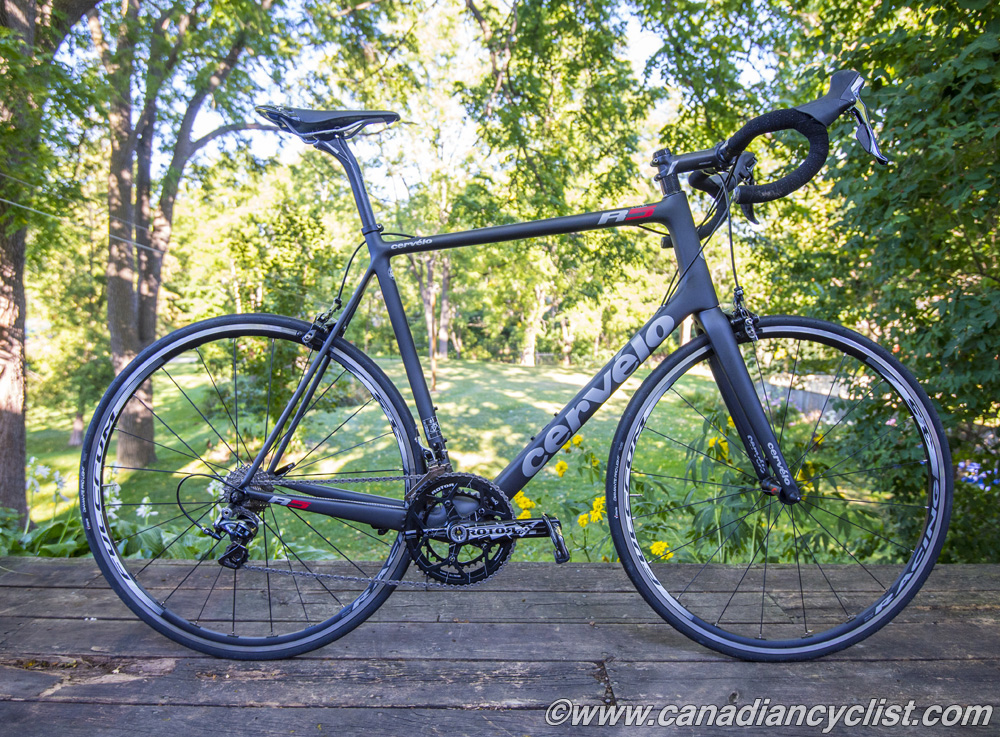 The Cervelo R5 is an exceptional bike 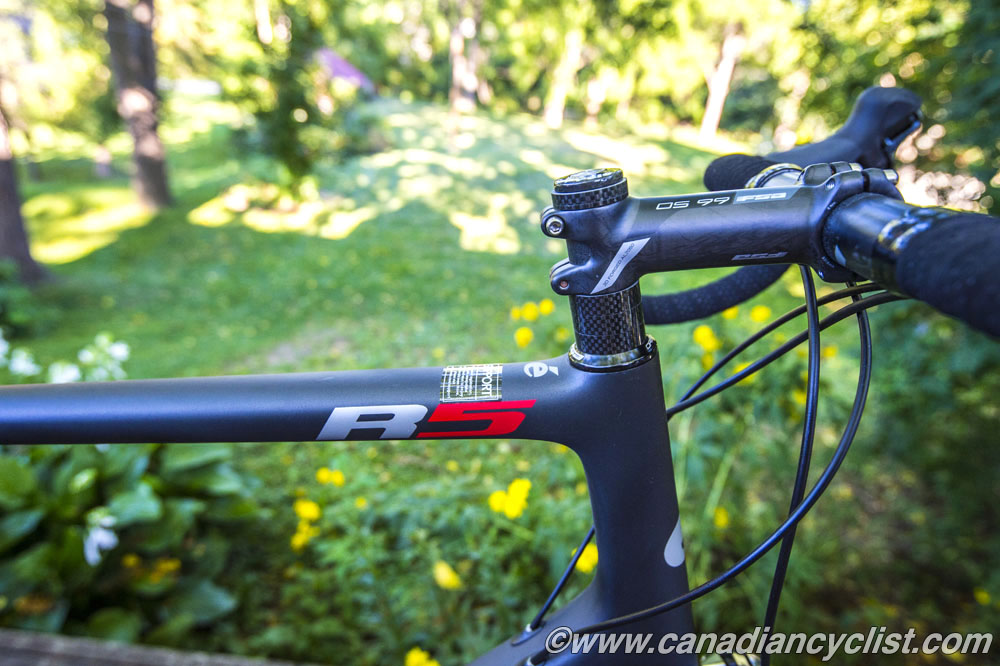 The understated matte grey finish is carried through to the components

I've had my hands on a mechanical Dura Ace-equipped R5 for a few months now and I will admit that I don't want to give it back.  These days, there are very few poor bikes, given the improvements in manufacturing and quality control that have swept the bike industry, but, on the other hand, there are also very few bikes that set themselves apart as something special.  The Cervélo R5 is one of those few bikes.

The R5 underwent a revamp in late 2013, to incorporate some of the technology of the limited edition Rca model.  The Rca - which stands for R California - was a project designed to push the limits of composite technology, resulting in a 667 gram frame [54cm, including paint and hardware].  Only 325 units have been built, with roughly 50 going to WorldTour teams and the rest to private sales and a few special charitable auctions.  Each one is handbuilt in California.  The cost of one of these extremely exotic beasts is $10,000 for the frameset. 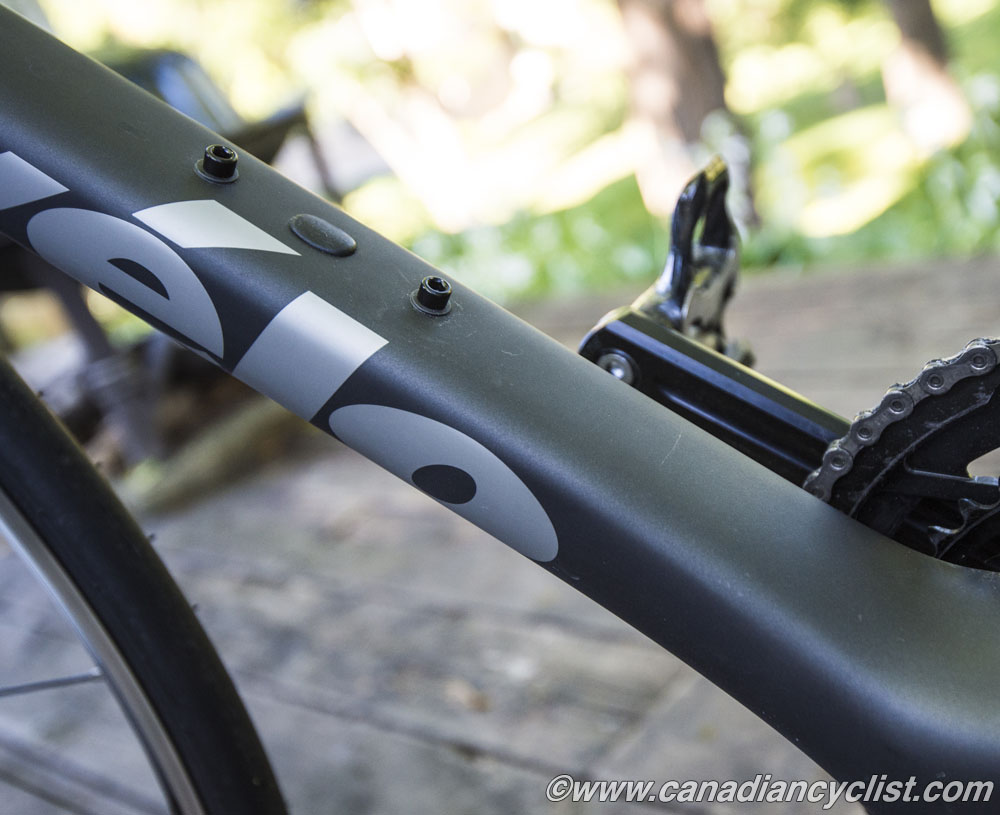 Now, the Rca is so expensive and exotic as to be almost unobtainable, but the technology used to develop it has been incorporated into this latest version of the real world R5.  The most obvious difference between the older R5 and the new one is the tube shapes, incorporating the 'Squoval 3' [squared oval] design of the Rca, that provides less drag than traditional road bikes while retaining the optimized stiffness, [low] weight and comfort characteristics desired for road racing use.  The geometry of the R5 is identical to the Rca. 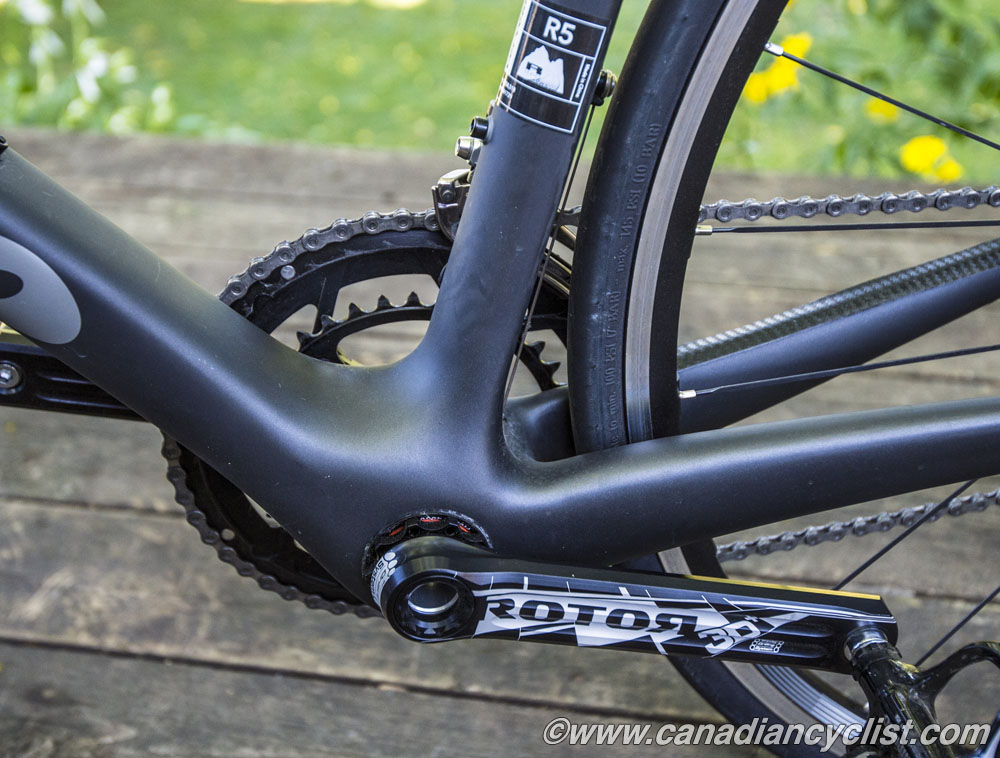 The new R5 weighs in slightly less than the old one with a claimed increase in torsional stiffness of 15% at the headtube and 9.5% at the bottom bracket.  It comes with the company's oversized BBright bottom bracket (adapters for standard cranks) and more substantial chainstays than the older model.  A nice touch is the 'future proof' internal cable routing, which using inserts that can be set up for mechanical, electronic or hydraulic systems - more companies need to go this route. 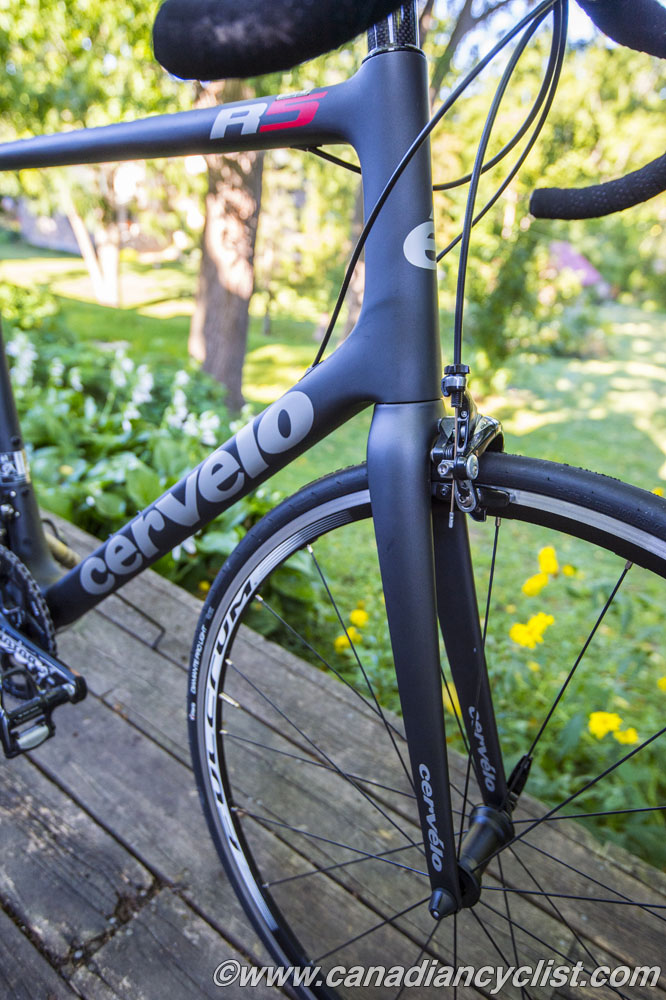 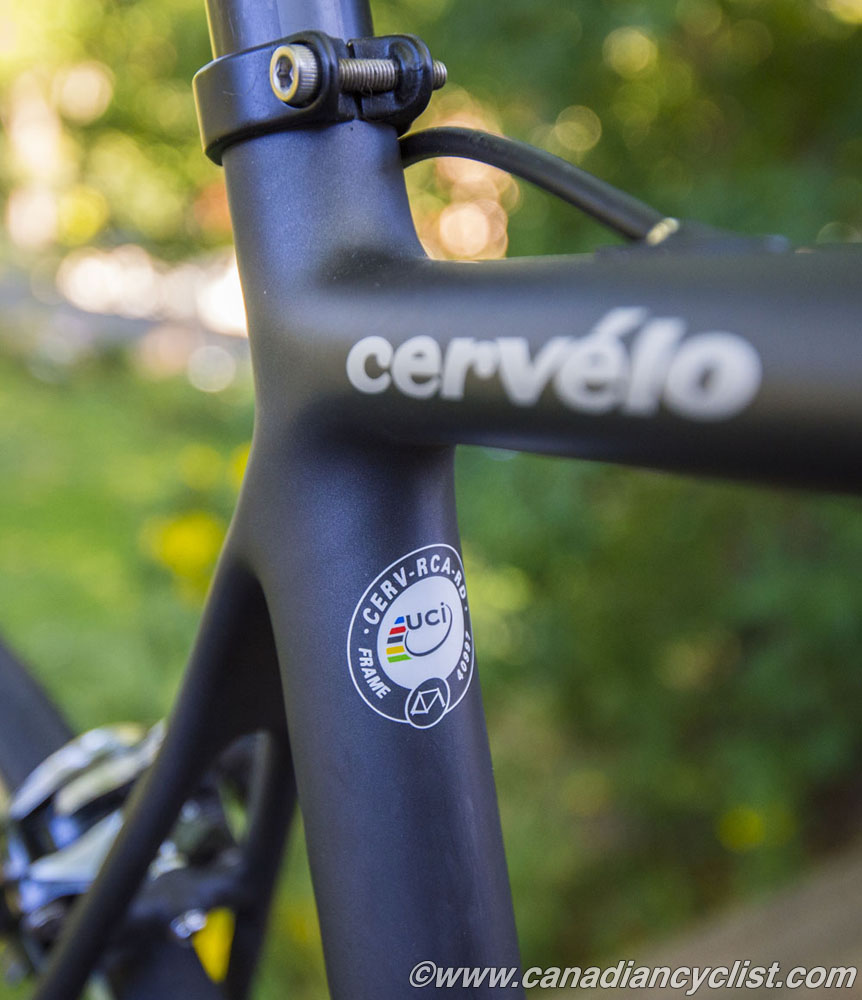 Now, what makes this bike so special?  Put plainly, the ride.  To me, the best bikes are the ones you don't notice; the ones where you just ride and the only limitations are your own.  On the R5 I had that rare experience of never having to think about cornering, climbing or descending; I just did it.  I hate the expression "it disappears beneath you", but in this case it is true; this is just pure riding.

One of my regular 'test routes' includes a tricky little downhill with an off camber right turn just as you hit maximum speed before the bottom.  With any new bike for the first few rides down this turn I'm usually on the brakes to scrub off some speed, until I get a feel for the handling - for a few I never get the confidence to roll through it.  The R5, on the other hand, just rolled right through first time, with nary a concern.  In fact, it surprised me enough that I climbed back up and did it again:  just point it and dive through the corner.

Besides the mechanical Dura Ace 11 speed drivetrain, the model I tested comes with Dura Ace brakes, a Rotor 3DF crank, FSA carbon bars, stem and seatpost, fi'zi:k Antares saddle and Fulcrum Racing 3.5 clinchers.  The suggested retail is $7000; going up to electronic Dura Ace adds another $2000 to the price, and the only difference is the electric shifters and derailleurs.  It is also offered with SRAM Red 22 for $7000.  The frameset alone is $5000.

This brings me to my only complaint about the R5:  the wheel spec.  The Fulcrum Racing 3.5 is a fine wheelset, but it is certainly not up to the standard of the rest of the bike.  I swapped them out for a pair of Shimano C35 Dura Ace wheels and the difference was immediately noticeable.  With the Fulcrums the R5 is a great bike, with a more appropriate pair of wheels it is exceptional.

I asked Cervélo why the downgrade in wheels and they said it was because they expected that owners would likely want to choose their own wheels anyway, suggesting that the Fulcrums are just a placeholder to meet a price point.  This makes no sense to me, and is sort of like putting $100 tires on a Porsche:  it cheapens what is meant to be an uplifting experience.

So, the R5:  affordable perfection ... just ditch the wheels.