Cinelli is an Italian brand with a long and illustrious history in cycling, both for components such as handlebars, stems and saddles, and for bikes.  As with many bike manufacturers, Cinelli has moved the majority of their production to Asia, which is not a mark against them, since production quality there can now rival that of Europe and North America. 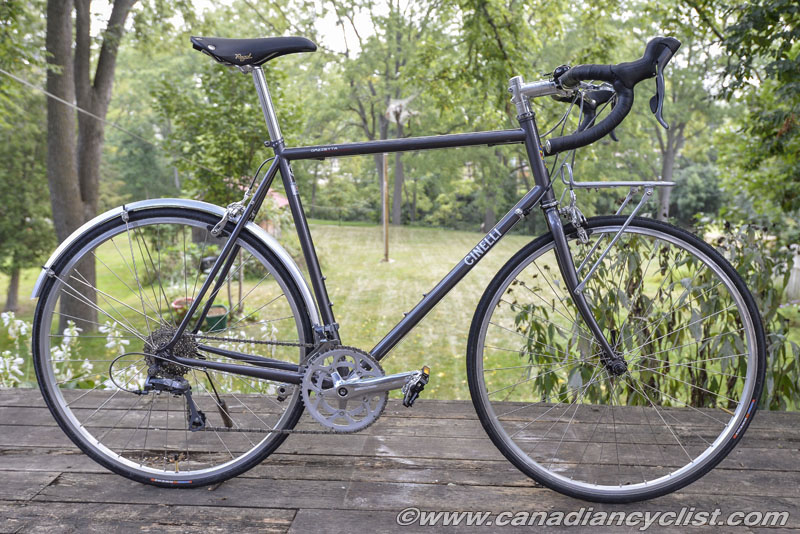 The Gazzetta Della Strada - I'll call it GDS from now on - harks back to a few decades ago in looks, with the frame and fork constructed of Columbus chromoly steel; although it is TIG-welded instead of brazed.  The welding is very clean and the frame features sleek fastback seatstays, reinforced bottle cage bosses and head tube, and a fancy lugged seat clamp.  The frame and fork are finished in a dark grey with a metallic fleck, which shows off the traditional Cinelli decals and head badge. 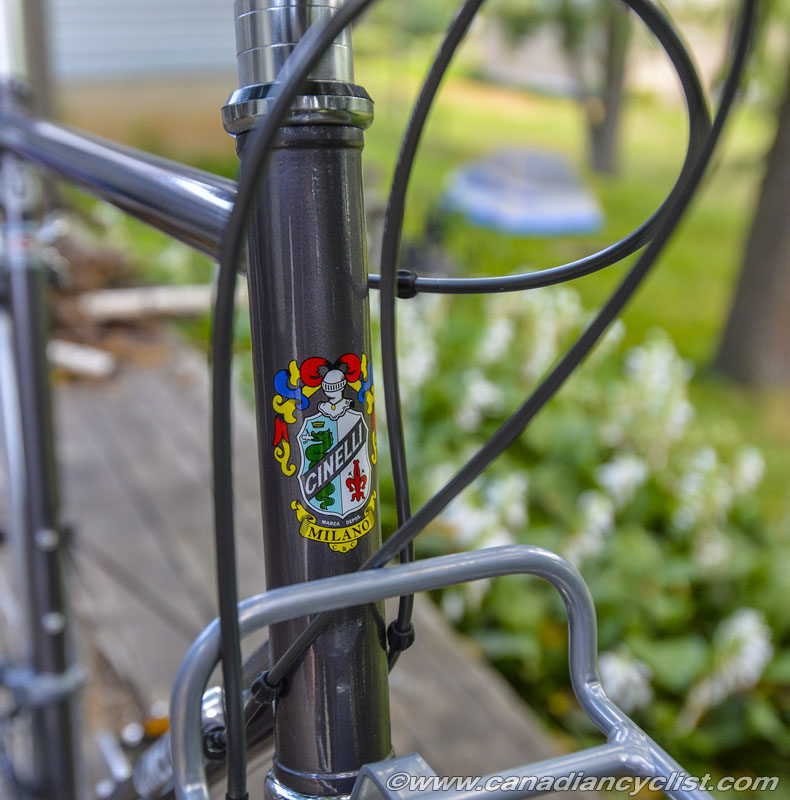 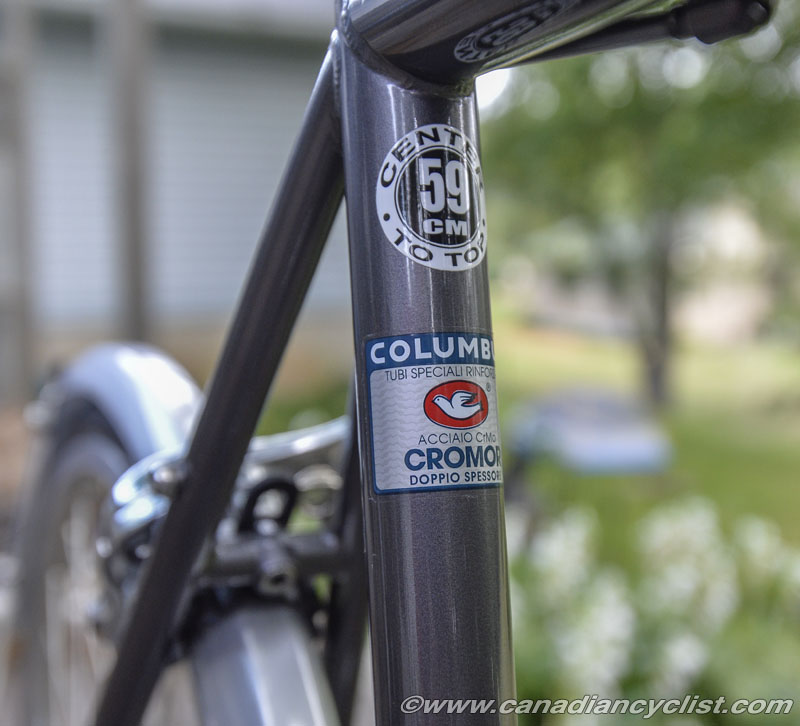 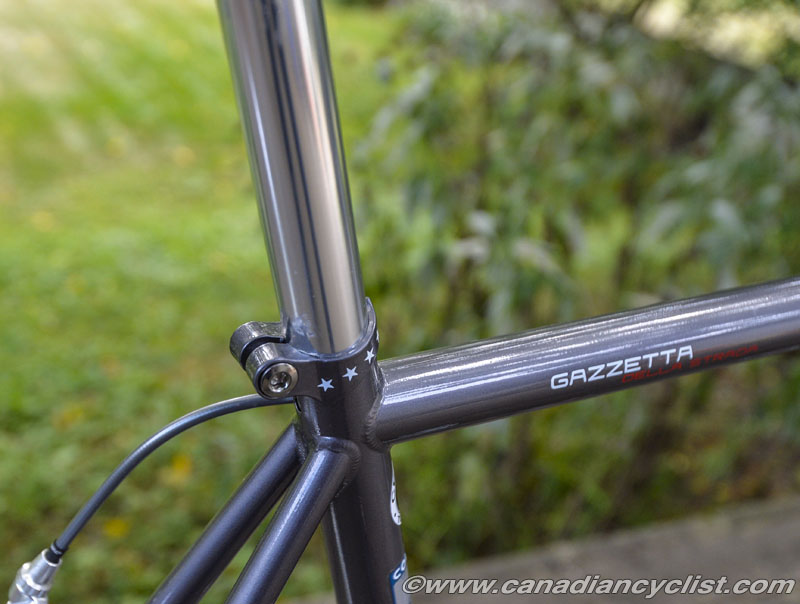 The bike is equipped with Shimano's Claris (2300 model) drivetrain, including STI shifters, and the double chainring (34/50) with wide range 8-speed cogset (11-32) will handle most situations.  The brakes are also Claris, while the wheels get Alex DM-18 alloy rims and Kenda KWest 700x25c tires.  Extras include a front pannier rack, rear mudguard, Selle San Marco Regal saddle, bell and secondary brake levers on the tops of the handlebars.  Pedals are flat on one side and clipless on the other.  It is a dependable spec, if not an exciting one. 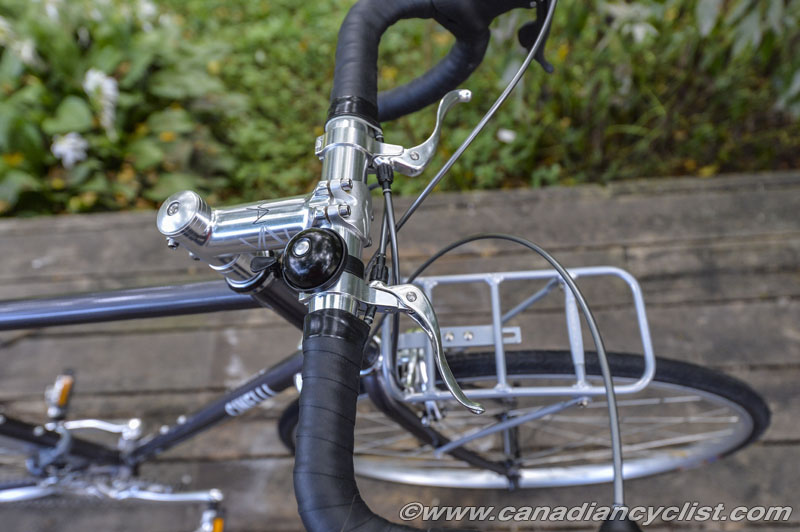 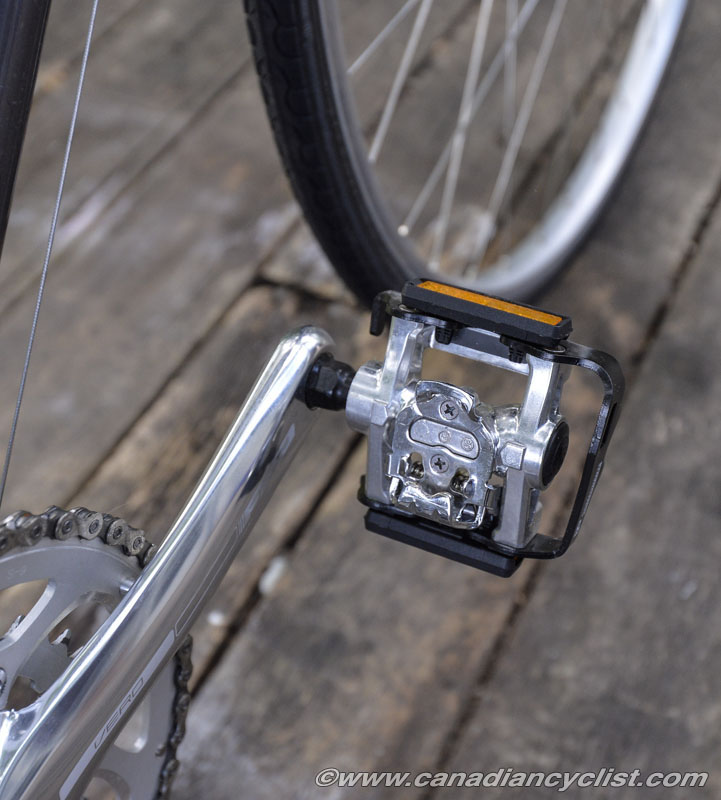 The GDS is designed for 'urban performance', rather then touring, and it lives up to that promise well.  Handling is nimble and sure without being twitchy, so it performs well in heavy traffic without bouncing you around on rough bits of road.  I was quite pleasantly surprised at how well it rode.

This is a bike that would be fun to commute on, and for longer weekend day rambles.  I actually used it for commuting around Pan Am Games venues with a heavy bag of photo gear; parking was often kilometres from the venue, with long lineups for buses, so I would drive to the parking area, unload the GDS and ride to the venue, where there was bike parking.  The mudguard came in particularly useful on the day when a flash storm rolled through as I was commuting.

The Cinelli bike line is distributed in Canada by ARG Sports.  arg-sports.com