Stage one of the Tour de Beauce usually ends with a small breakaway coming into Lac Etchemin with a lead of one to two minutes over the main group containing the favourites.  This year was different, with the 113 rider field whittled down to less than 20 riders now in contention for the overall title.  New Zealand's Pure Black Racing squad took the top two spots, with Scott Lyttle finishing just ahead of team mate Tim Gudsell, and SpiderTech's Frank Parisien taking third place with the same time. 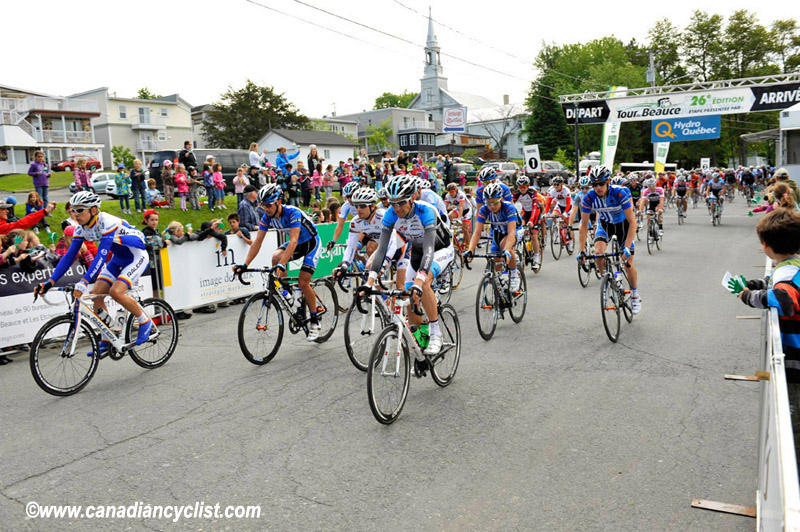 This group couldn't gain much time on the fast moving bunch, and by the base of the first Category 3 KoM climb, were only 22 seconds ahead.  Francisco Mancebo (RealCyclist.com) then dynamited the field with a powerful attack that took him across to the leaders, and to the top just behind Lyttle.

The attack shattered the bunch, and a new selection regrouped over the top of the climb and on the descent immediately following.  This was an extremely dangerous group, with most of the top GC contenders making the move.  When the dust settled, there were 22 at the front, and they were 40 seconds up on the field. 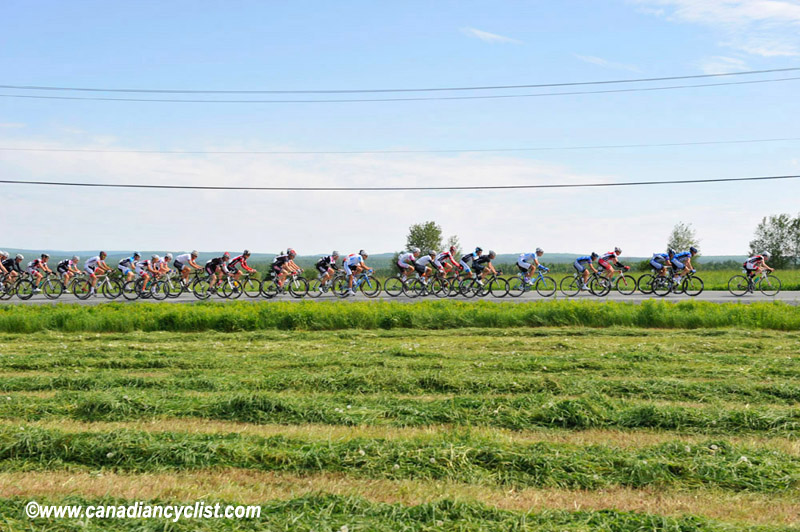 The teams that had really missed the train were UnitedHealthcare and Team Type 1 - neither had their GC riders in the break.  Also missing was Team Canada's Rob Britton, although they did have Rollin, in his first race back after a month recovering from a broken collarbone in Europe.

For UnitedHealthcare, it was sheer bad luck:  Christian Meier and top climber Chris Jones both flatted as the attack was happening, so the team waited for them.  When they realized who had gone up the road they started to chase, and held the gap to less than a minute for a while before they began to tire, trying to chase 22 riders and 13 teams.

Team Canada contributed a couple of riders to the chase, but Team Type 1 sat back, allowing Unitedhealthcare to exhaust themselves.  It was only as the gap approached three minutes that TT1 went to the front but, although they temporarily brought the gap back under two minutes, they too ran out of gas, and the break then began to pull away, eventually racking up over 22 minutes on the field.

UnitedHealthcare was the victim of bad luck; Team Type 1 engineered their own disaster... 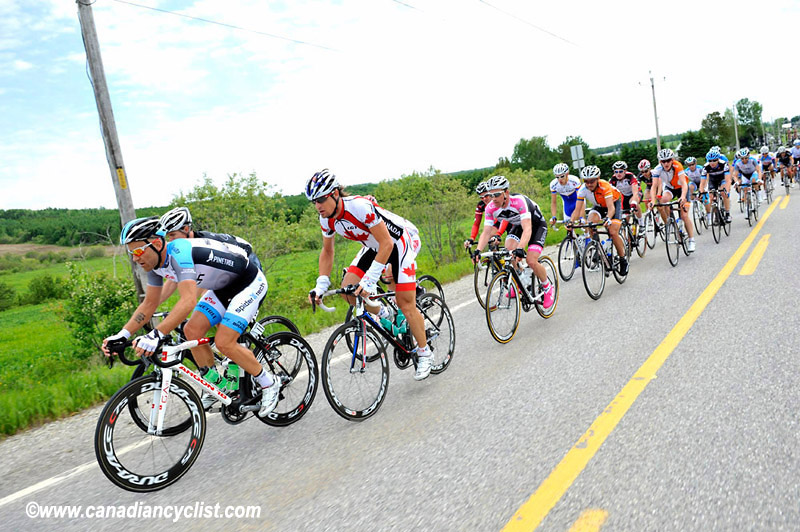 Svein Tuft at the front of the break

Up the road, the break was working steadily, although it was primarily SpiderTech and Mancebo and his teammate setting the tempo.  Lyttle jumped to the front on the climbs, going for the KoM points and jersey.  The group rode comfortably together until about 15 kilometres from the end, when Gaimon attacked, taking Parisien and Gudsell with him.  Lyttle, King and Tivers joined them by the ten kilometre to go mark, and the gap was up to nearly a minute as the rest of the group looked at each other before finally reacting.  The chase shattered the group, which came across the finish line in small groups, ranging from five seconds to six minutes behind the leaders.

At the front, Howes and King were dropped on the final climb (to be joined by Mancebo and McCarty before the finish), leaving Lyttle, Gudsell, Parisien and Tivers to go for the win and leader's jersey.  The tricky downhill finish into the short straightaway didn't allow for much opportunity to jump, so as they entered the final 400 metres, Lyttle went early and was able to hold on to the line, just ahead of his team mate.  The Kiwi - back in cycling after two years at university - holds the Yellow Leader's Jersey, White Points Jersey and Polka Dot Climber's Jersey.  Howes took the Young Rider Jersey.

"The break had all the GC guys, so it was no surprise that it got time," explained Parisien.  "With about 15 kilometres to go in the stage, Randers [Randell] came up to me and said 'I'm cooked, I'm going to attack and you counter as hard as you can'. Rabou closed the gap to Randers and I was on his wheel. As soon as we caught Randers, I went as hard as I could. When I turned around we were 4-5 guys and that was it. With one kilometre to go we were four. The Pure Black guys had two riders and they played the finish perfectly." 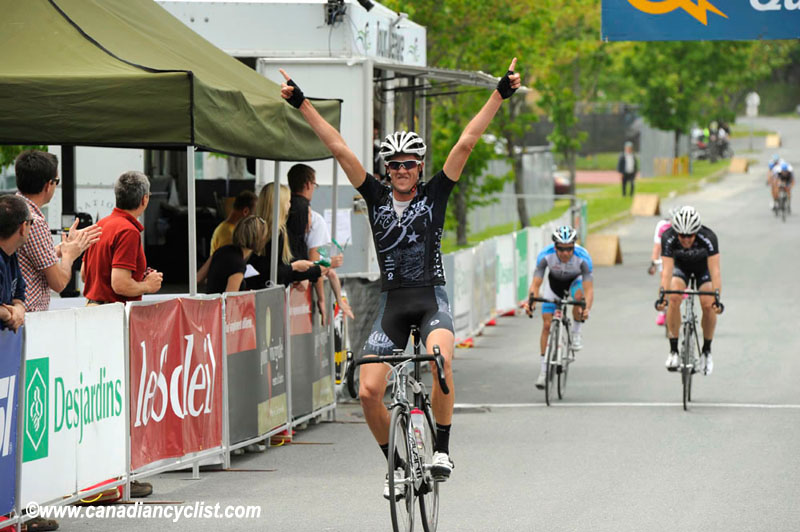 National coach Vincent Jourdain commented: "Dominique Rollin rode really well in his first race since his injury. He took the right break of the day with many favourites of the General Classification. There was a few good hills towards the end, and Rollin was a bit tight. It's too bad for Rob Britton who was going for a good placing at the general classification. He missed the right break."