The fire that threatened the mountain bike course at the Rio Olympics (see Daily News) was stopped literally metres from the course, which actually acted as a fire break.  According to UCI Technical Delegate Simon Burney, who inspected the course this morning, some of the television cables and fencing were melted, but the course itself is intact.

“Following careful assessment carried out this morning, the Union Cycliste Internationale (UCI) can confirm that the Rio 2016 Mountain Bike course has not suffered any damage which will affect the competition or the integrity of the venue. All operations will resume today as planned with National Olympic Committees being given the opportunity to walk the course later in the morning.” 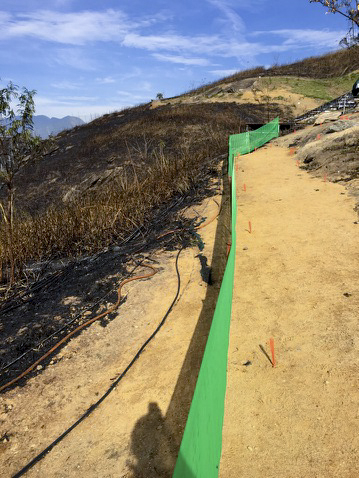