Canadian riders finished in the top five in both events they were entered in on Friday evening at the UCI Track World Cup in Milton.  Evan Burtnik, riding for the NextGen development Medal 2 the Medal team, was fifth in the men's Scratch Race, while Allison Beveridge on Team Canada was also fifth in the women's Scratch Race. 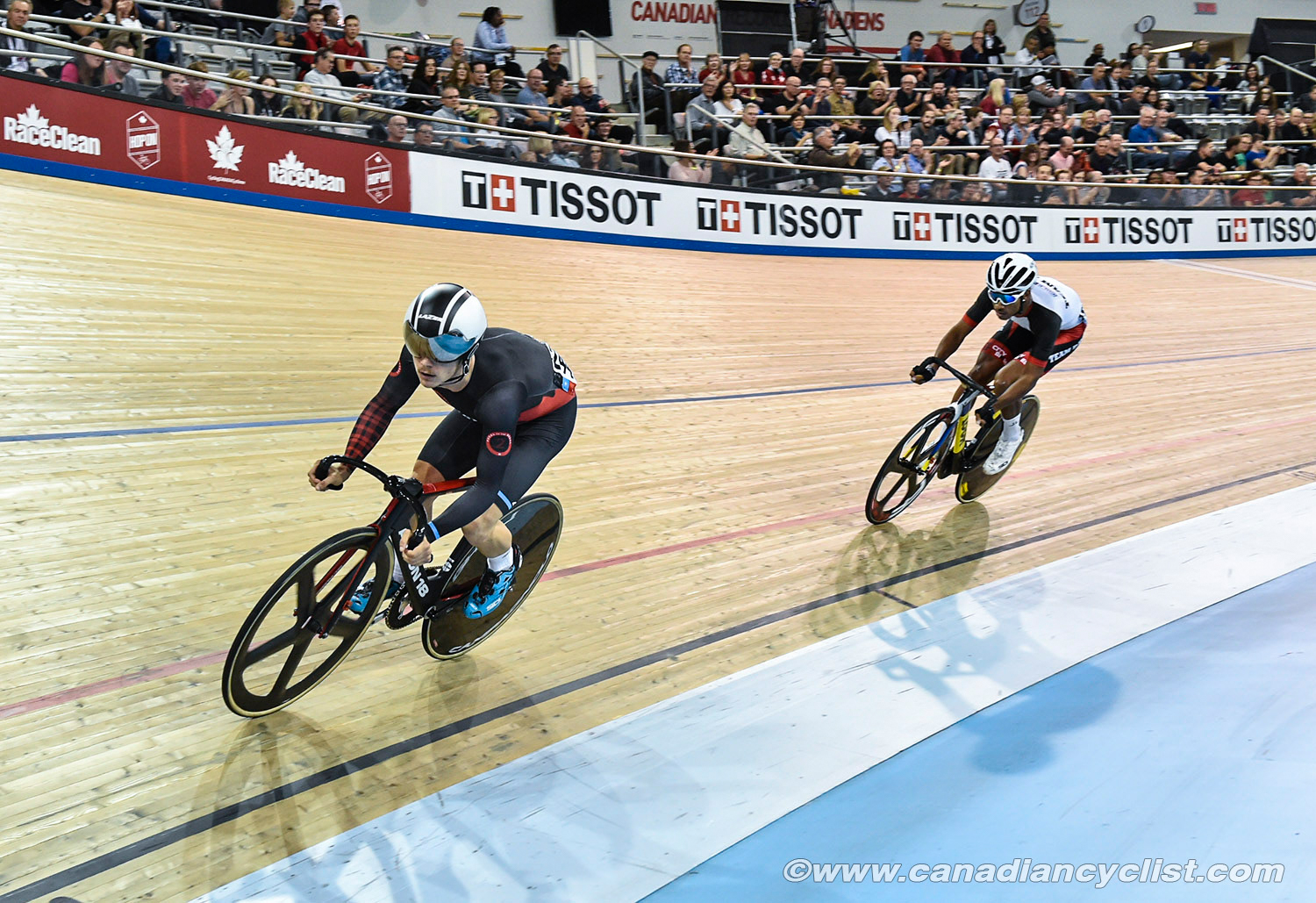 Burtnik was aggressive in the early half of the race, attacking in a breakaway before being reeled in.  He then was part of a group caught by lone breakaway leader Vitaliy Hryniv of the Ukraine, and sprinted to fifth place in the group one lap down on Hryniv, the winner.

"I got a little too excited off the start," admitted Burtnik, "and missed the move I wanted to be in.  But I got really lucky at the end when it came back together.  I tried not to panic when I got caught in the second group of the split and waited for the race to come back together and wait for the sprint." 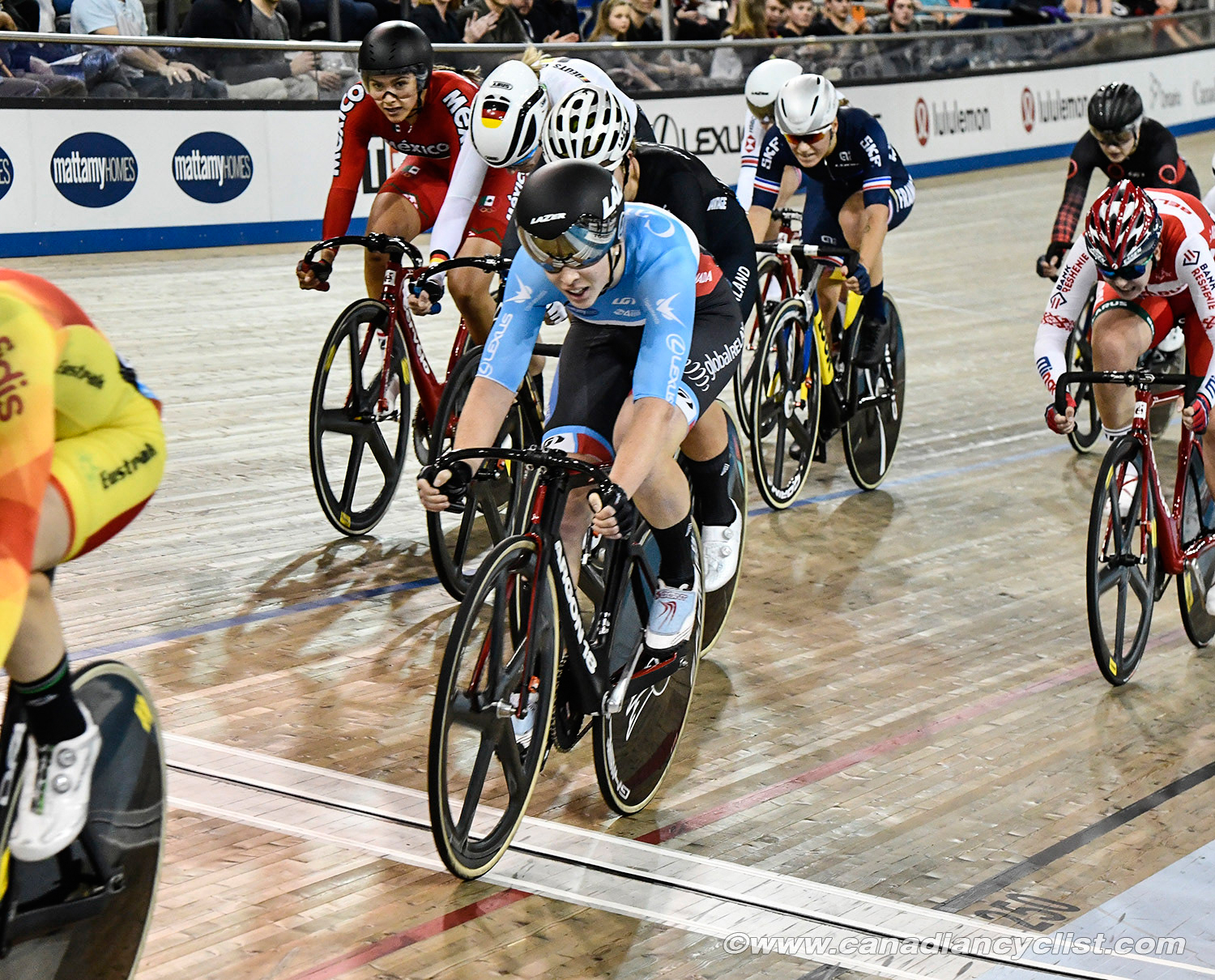 In the women's Scratch Race, Beveridge took a cautious role, making sure she was always in position near the other top riders.  A late break by two riders was not chased down, with Alexandra Goncharova of Russia taking a solo victory.  Beveridge was third in the bunch sprint for the final podium spot.

"I was trying to use this race as a warm up for the first two races of the Omnium," said Beveridge.  "It was a bit of an activation race for me, to see how training was going and get a race under my belt."