The 2022 Road World Championships in Wollongong, Australia, concluded on Sunday with the Elite Men's road race, a 267 kilometre competition won by Belgium's Remco Evenepoel in an impressive solo ride for the final 30 kilometres. France's Christophe Laporte and Australian Michael Matthews were the silver and bronze medalists in the small bunch sprint over two minutes behind Evenepoel. Nickolas Zuckowsky was the only Canadian finisher, in 36th place at 3:01, just behind the second chase group. 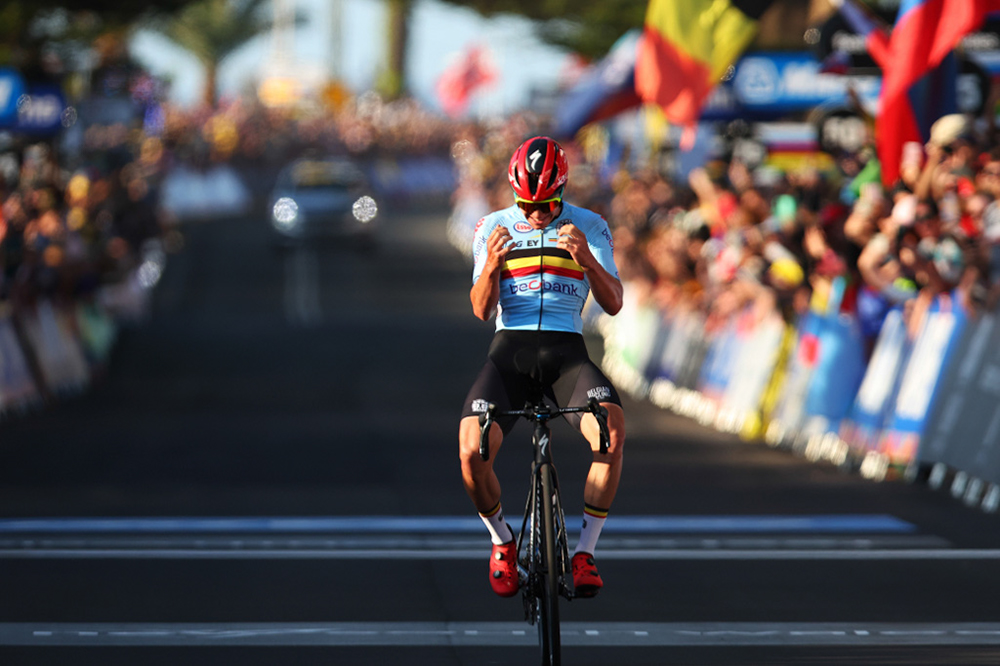 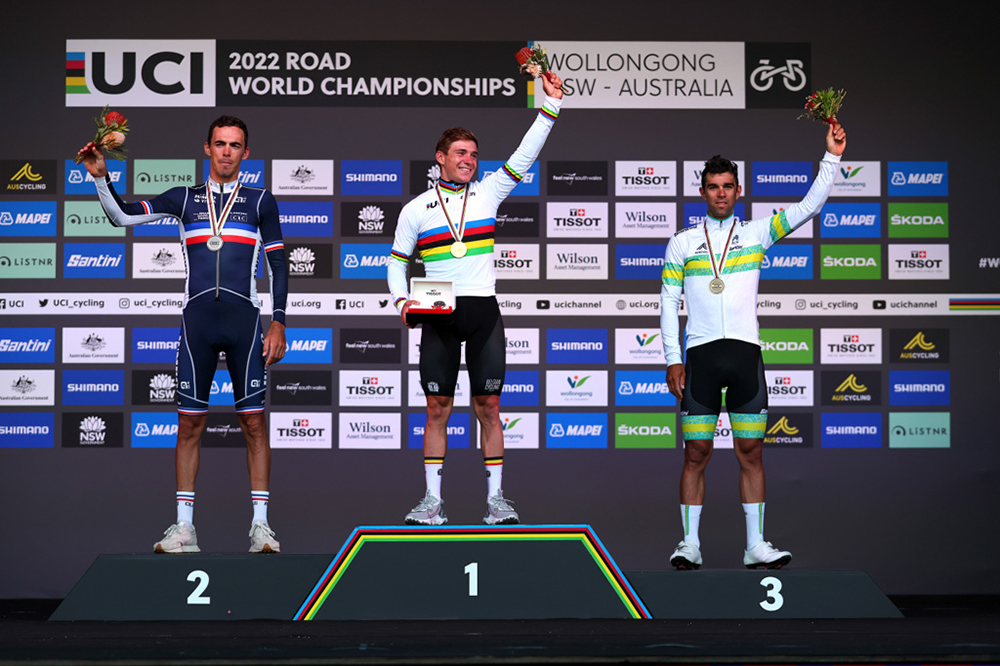 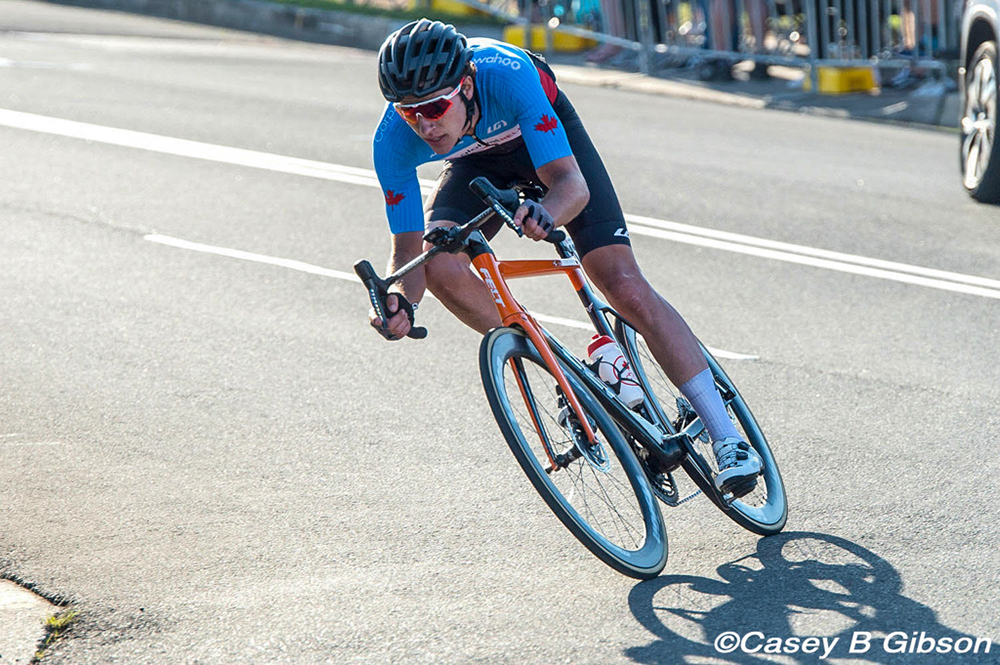 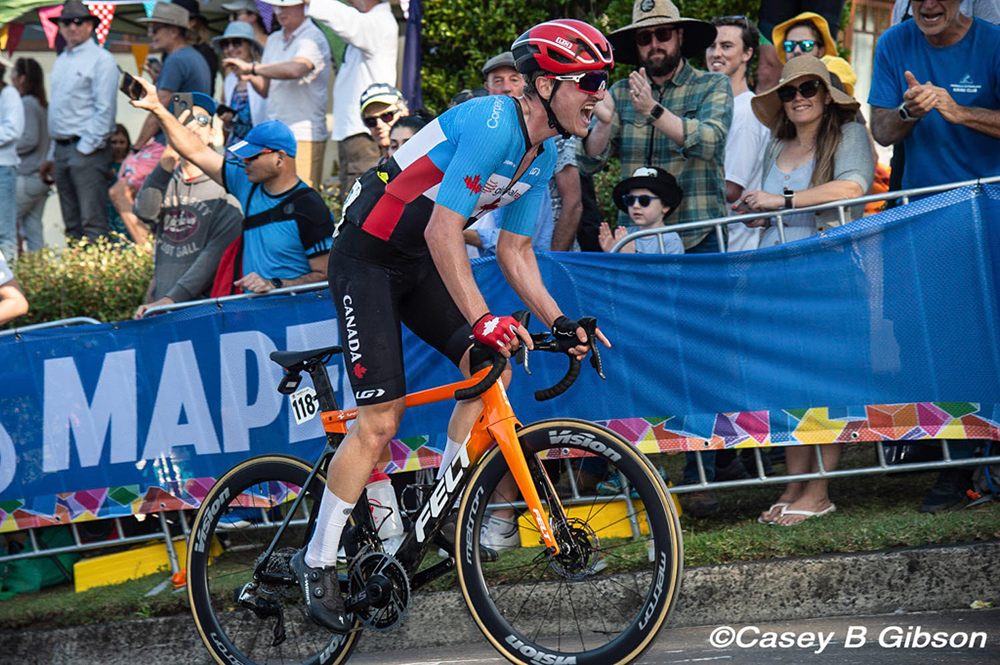 Canadian road champion Pier-Andre Cote was a member of the early 12 rider break that managed to gain over five minutes on the peloton before the French team of two-time defending champion Julien Alaphilippe decided to chase and reduce the gap. The riders had a 50 kilometre run in to the finishing circuit, which they then completed 12 times.

The field split, with a larger group, including Zuckowsky and Evenepoel moving up to join the leaders with approximately 60 kilometres to go, while the main peloton, including Alaphilippe and Wout van Aert (Belgium) seeming content to allow an almost seven minute gap to form before finally started to up the tempo in the final 100 kilometres.

"I'm really satisfied," said Cote to Sportcom. "It was a bit of a gamble to be in the breakaway. We arrived at the bottom of the [main climb on the run in] climb 6-7 minutes ahead and we went over to the top with three minutes. It hurt us, because we had to go fast early. It was the best way for us to have two guys in the (leading) group. [...] I was able to help him, but not for long. When you've been in the morning break for five hours, at some point you start to stall." Cote was pulled from the race by officials before the start of the second to last lap.

The gap was starting to come down steadily, and at three laps to go was just over two minutes. Everything seemed to be well in hand for the main bunch to catch the leaders with about 20-25 kilometres to go, but then Evenepoel and Australia's Jai Hindley attacked out of the lead group. Evenepoel was coming off winning the Vuelta a Espana, while Hindley had won the Giro d'Italia earlier in the season, so this was a dangerous move. Alexey Lutsenko (Kazakhstan) jumped across while Hindley faded, leaving just two at the front.

"It was a really good shot!," explained Zuckowsky to Sportcom. "It is from this group that Remco came out for the victory. On the other hand, it's a shame, because I suffered from cramps a lap and a half from the finish. It was really difficult and I even thought about giving up, but in the end they got through and I was able to hang on to what was left of the peloton."

"Having cramps in both legs at the same time was pretty excruciating. It's a shame because I felt great and I knew I was in good shape. [...] If it weren't for the cramps, I can say with confidence that I would have been in the group of those who fought for the podium ... but not with Remco!"

Evenepoel dropped the Kazakh rider as the chase splintered behind him. The winner of Liege-Bastogne-Liege as well as the Vuelta was clearly in a class of his own, continuing to increase his lead through the remaining two laps. Lutsenko began to falter and was caught by a chase group of three in the final five kilometres which, in turn, was swallowed up by the remnants of the field in the final 500 metres.

Zuckowsky rarely competes in races of this distance; "[This race] is a step in the right direction and it's very, very educational. [...] I come here and I don't quite feel like an impostor and the positioning (in the peloton) is less of an obstacle. I can make good decisions and remain calm, even when the action and the effort are quite intense. Championships like that, it's a really unique race."

After the race, Cote spoke to the controversy of being forced to pay his own travel expenses [see ; Athletes Pay to Play at the Worlds]:

"It is not easy. It was money and time, but somewhere, it's still the biggest one-day race in our sport. It is experience. [...] How much will I gain from the Elite World Championships? Several [things], I hope, but these are just my second [Worlds]. [Paying], in principle, it really hurts, I won't hide it," suggesting that it could lead riders at future Worlds to ride for themselves rather than the team."We guys know each other well, together, and we have respect for each other. But I could understand that someone wouldn't [work] for someone else if he paid $5,000 for his plane ticket to come here. It gives anyone the right to race."

Zuckowsky also admitted that he will leave Human Powered Health for a new team next season, but will not name it at this time.