Track cycling at the Olympic Games in Rio de Janeiro concluded on Tuesday with three titles awarded.  Great Britain continues to dominate, taking two golds, to bring their total to six gold, four silver and one bronze.  Germany took the third title awarded, their first gold on the track at these Games. 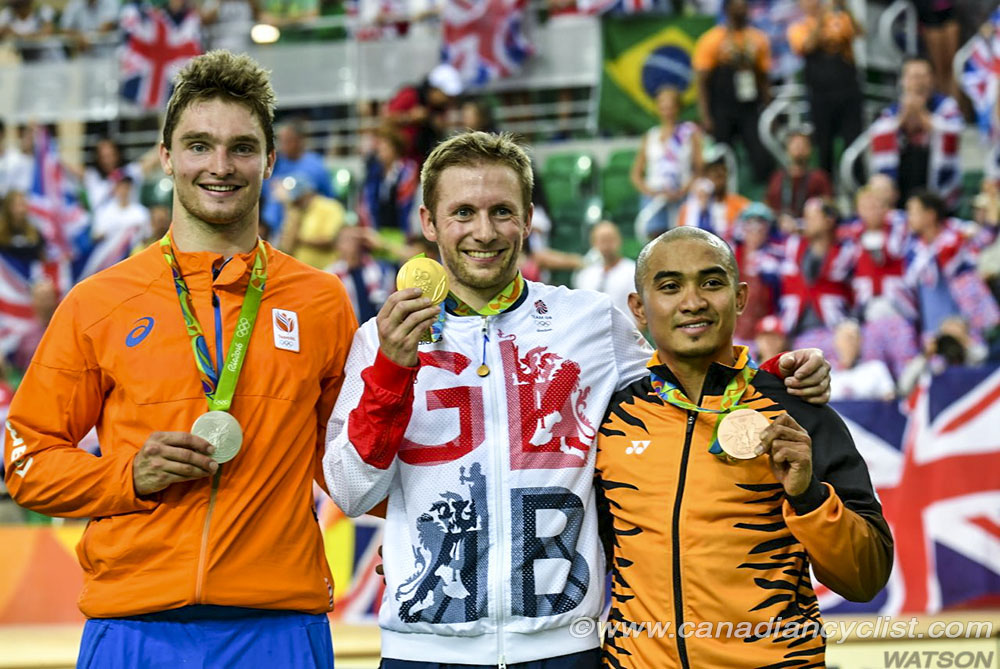 Jason Kenny of Great Britain won his third gold medals of these Games in the Men's Keirin, sweeping the sprint events.  He is now tied with former team mate Sir Chris Hoy for the most gold medals by a British athlete.  The Men's Keirin final was delayed by two false starts when riders overtook the pace bike before it pulled off, but on the third attempt, Kenny was clearly the strongest, pulling away in the final lap and actually able to ease off slightly as he crossed the line.  Matthijs Buchli of the Netherlands took silver and Azizulhasni Awang of Malaysia won bronze.

"It's surreal to win again, it always is," commented Kenny.  "Every [gold medal] is special and has its own memory.  It's good that no one was taken out of the race [after the two false starts], but I have a feeling we would have finished in pretty similar placings had they just let us go the first time.  Usually when they shoot the gun someone gets disqualified, but it was very tight between the riders, so I think ultimately the right decision was made."

"At my first Olympics in Beijing, I knew we had something special, and we matched it in London.  I never thought we would get anywhere near it here, but we've turned up and done the business again." 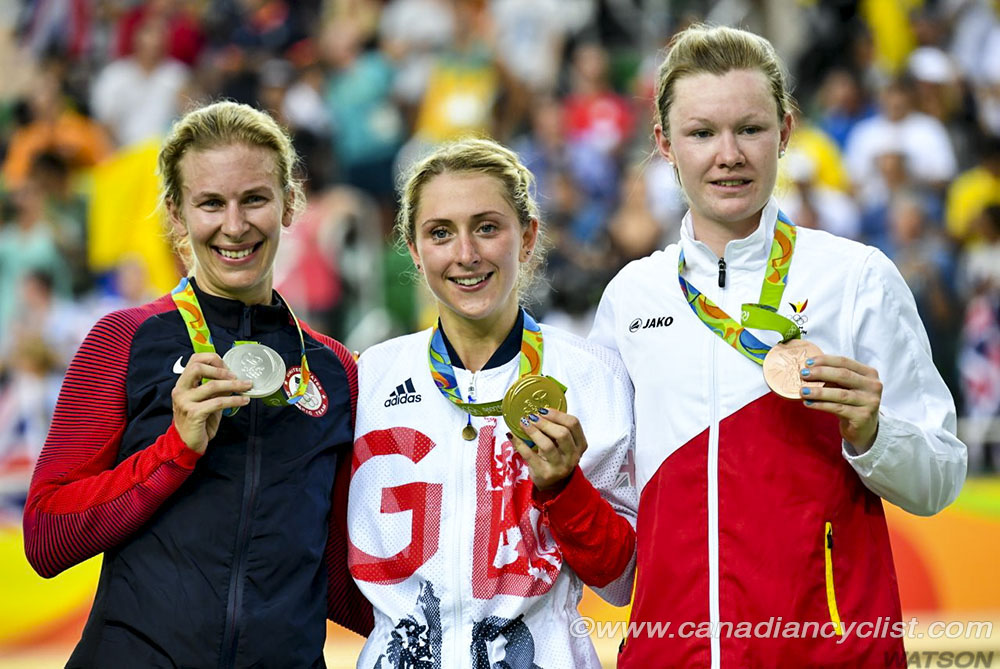 The Women's Omnium concluded its second day of competition with the final three events, and Laura Trott of Great Britain successfully defended her title to win her second gold medal of the Games and the fourth of her career.  Trott began the second day with an eight point lead over Jolien D'Hoore of Belgium, followed by Sarah Hammer of the United States a further two points back.  The British rider finished second in the 500 metre Time Trial and won the Flying Lap, to enter the final Points Race with 196 points, 24 ahead of D'Hoore and Hammer, who were tied at 172 points.  Trott maintained her lead through the Points Race to finish with 230 points, while Hammer and D'Hoore battled for silver.  The two traded spots for much of the race, but the American finally pulled clear in the final few sprints to take silver with 206 points, followed by D'Hoore at 199.

"I didn't feel that good to start with," revealed Trott.  "Even with the Team Pursuit [which Trott and her team mates won in world record time], I didn't feel that good taking my turns.  So I didn't know how the Omnium was going to go.  In the [opening] Scratch Race I was feeling a little iffy, so I took it one race at a time, and I felt more and more confident as the racing went on." 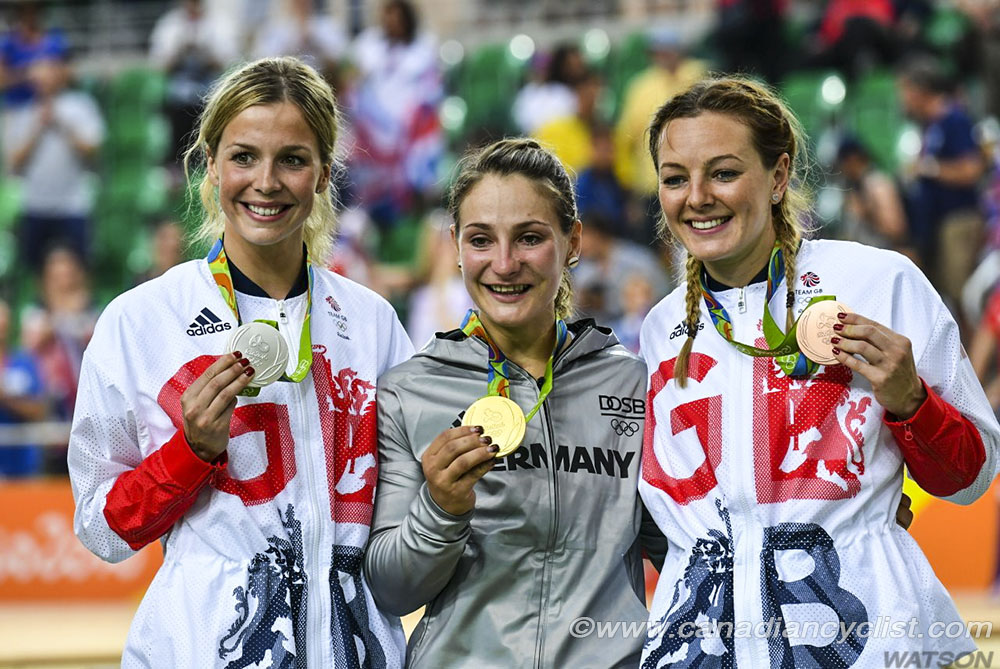 The final title awarded on the track was for the Women's Sprint, where Kristina Vogel of Germany had to beat two British riders for the gold medal.  Vogel beat Katy Marchant in the semi-final round and then Rebecca James in the gold medal final.  Vogel finished the last race without her saddle, which broke off in the final metres.  Marchant beat Keirin champion Elis Ligtlee of the Netherlands for bronze.

"I finished without a saddle!," exclaimed Vogel.  "It was crazy.  I had some problems with the bike before the race and we tried to fix it, but obviously not enough.  I will have a special place in my home now for both the medal and the saddle.  We all want to beat them [the British]; it seems like they do not train for three years, and then they start and just kill us.  I am so happy; every year you train better, you eat better, you try to improve all the time."